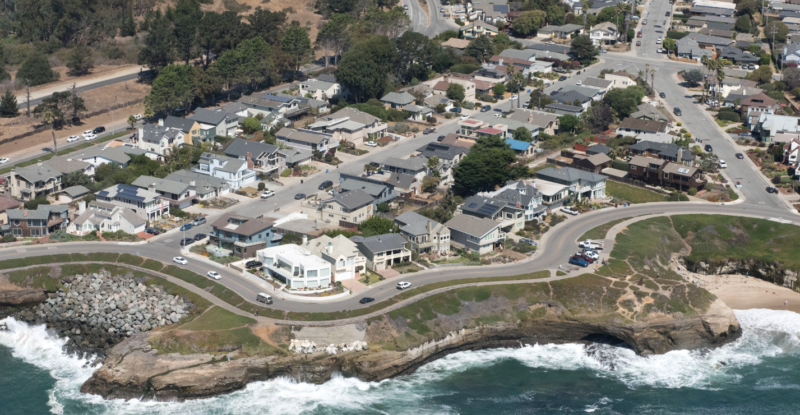 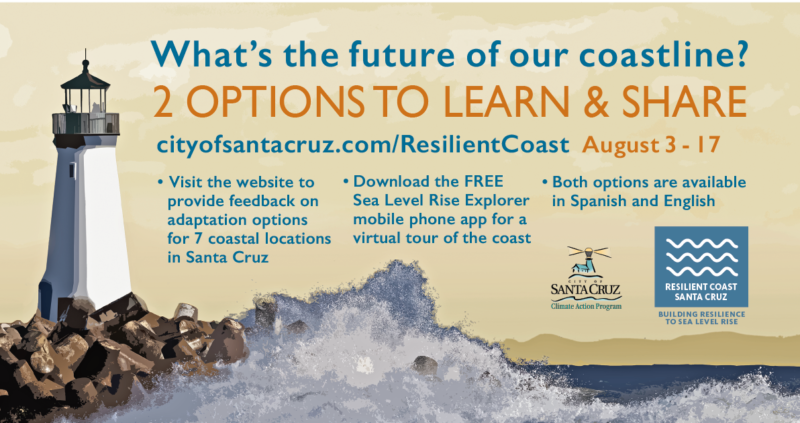 The Initiative, which began April, 2019 and concludes next December, is embarking on the completion of its third and final milestone. It focuses on identifying recommendations for feasible infrastructure and policy adaptations informed by community input. The Initiative has used a variety of community engagement techniques to inform each stage of the project, prioritizing engaging with historically underserved and underrepresented groups in the City. The in-person engagement originally planned for this summer is not possible given the COVID-19 pandemic. 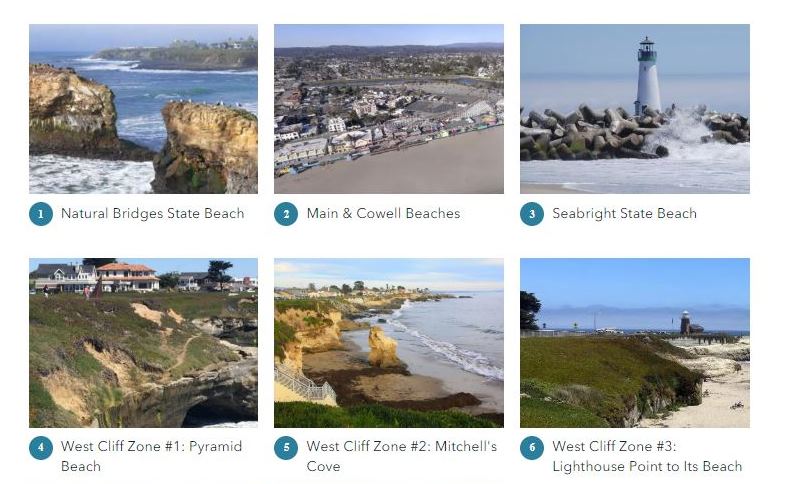 Tools include an online collection of “storyboards”— a set of short text, maps, figures and surveys in a website scrolling format—describing seven beach locations between Seabright State Beach and Natural Bridges State Beach and the entire West Cliff Drive transportation corridor. These include the coastal hazards the beaches face, and possible coastal adaptations over time. Between August 3 and 17, residents can explore the storyboards and answer brief survey questions at cityofsantacruz.com/ResilientCoast. 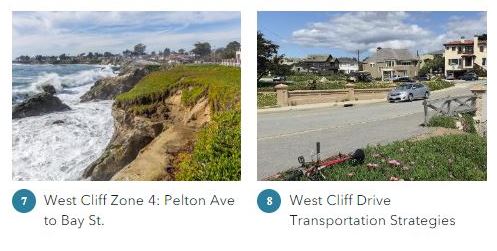 Another tool is Sea Level Rise Santa Cruz 2.0—interactive experiences developed with a local tech startup Virtual Planet Technologies, lets users adjust sea levels and view the potential impacts on hyper-realistic 3D models at three iconic coastal destinations in Santa Cruz. Importantly, users can also visualize the effects of some of the options being considered to adapt the coastline, including adding more sand to the beach, creating new vegetated sand dunes and building seawalls. The 2.0 interactive experiences include: 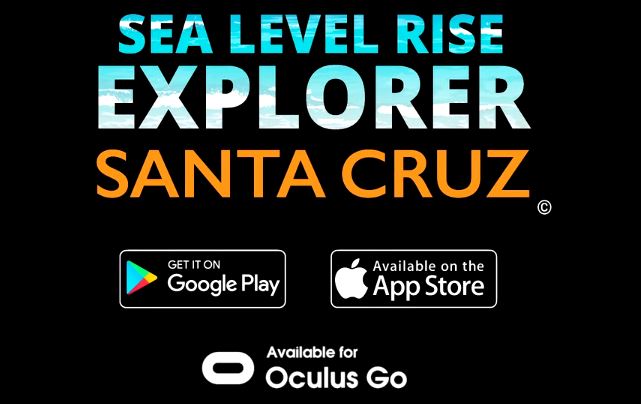 These innovative communication tools build on the success of the Virtual Reality Sea Level Rise Santa Cruz Explorer 1.0 application developed and launched in late 2019 for the Oculus Go headset. More than 400 community members experienced the Sea Level Rise Explorer application at our Downtown Santa Cruz Public Library and at community events. The average user rating of the application in increasing awareness of coastal climate issues was a 4.5 out of 5. Virtual Planet Technologies is currently developing similar VR experiences in Moss Landing, Long Beach, Santa Barbara, and a wildfire experience in the city of Paradise. 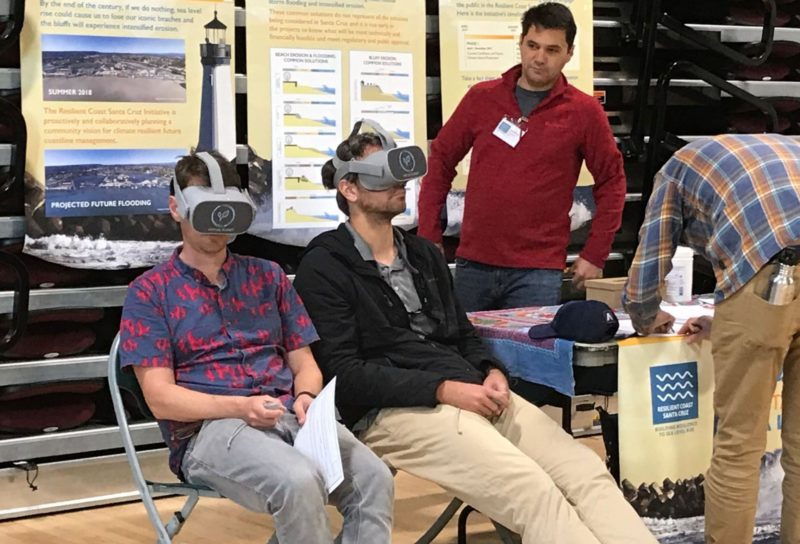 “We are excited to be providing our residents with opportunities for meaningful feedback,” said Resilient Coast Santa Cruz Project Manager Dr. Tiffany Wise-West.

You can learn more and explore all the documents developed for this project at the Initiative’s website: www.cityofsantacruz.com/ResilientCoast. 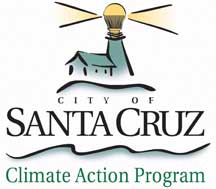