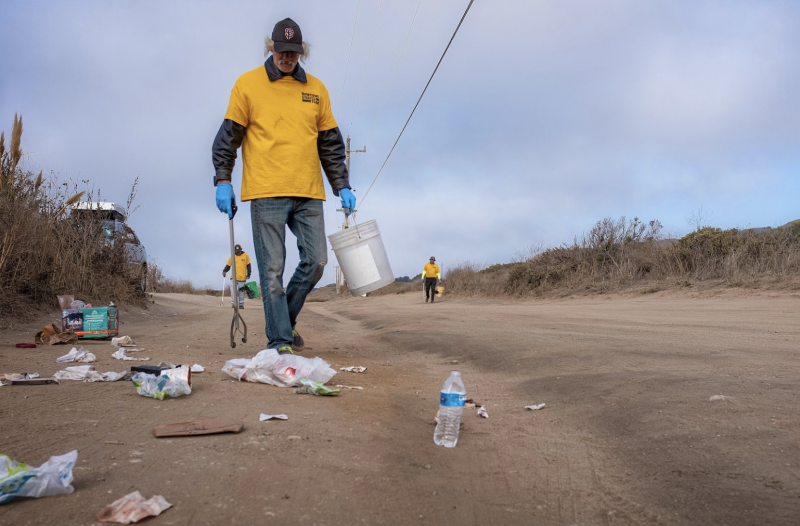 Armed with a master’s degree in public administration and nonprofit management, Brooke Newman has had many rewarding jobs in the nonprofit sector in the past 20 years. She managed a World Trade Center health program in Queens, New York that helped first responders and others who suffered health problems after September 11, 2001. She held a gratifying job serving as executive director of an animal welfare nonprofit in Monterey and Santa Cruz.

But Newman unabashedly states that working in her role as project manager with clients who make up the Santa Cruz Downtown Streets Team—a volunteer work experience program for people experiencing homelessness or at risk of homelessness—is by far the best job she’s ever had. She attributes that in great measure to the resiliency of the people she works with; people who may be down on their luck, lack a place to live, or simply struggle to marshal the resources necessary to complete basic tasks most of us take for granted.

“There’s so many factors weighing against folks,” says Newman, who cites an example of a client applying for a job at a pizzeria that required filling out a 40-screen online questionnaire—no easy feat even for the tech savvy. “We’re here in my opinion to kick those doors open. These folks are showing up every day at 8 a.m. ready to rock and roll, to clean their community and to give back.”

The Downtown Streets Team aids people in achieving goals they set for themselves while allowing them to volunteer up to 20 hours per week working on urban beautification projects. In Santa Cruz, the San Francisco Bay Area and other California communities, 920 clients were housed, 955 were placed in jobs they held for 90 days or longer, and members removed 8,358,002 gallons of debris from the environment between 2005 and 2019.The group employs what Newman calls a win-win-win model that benefits those without shelter, the public at large, and our shared environment. It also provides members with a modest stipend and helps them access vital services such as healthcare.

“They clean up different areas in the various communities that we’re in,” says Newman. Current sites locally include Downtown Santa Cruz, the San Lorenzo Riverwalk, Main Beach and Cowell’s, Harvey West Park and the Pogonip, and a 1-year pilot project at North County Beaches. “While they’re doing this they are rebuilding soft skills.”

Those soft skills include a reintroduction for persons who may have been out of the workforce for a long time to habits such as showing up on time, working with a team of co-workers again, and a reminder for some of the importance of showing up sober. One of the wins Newman stresses is the simple but empowering concept of being an accepted and valued part of the community again.

Newman’s staff has surveyed its clients on what the hardest part of experiencing homelessness is. They anticipated getting answers such as not having shelter on cold nights, not having enough food, or the uncertainty over how either of those crucial needs might be met. But instead, the No. 1 answer given was that the most difficult thing about experiencing homelessness was the way people look at them, or—more often—avoid looking at them at all.

That’s why a typical activity for the group is to don their yellow streets team T-shirts and work together to clean up and beautify the community—a meaningful activity that helps them to be recognized by people who live there, shop there, or visit the area.

“As they’re out there cleaning up and walking around the community doing this work,” says Newman, “people are saying ‘hello’ and ‘thank you’ and recognizing that they know that these are folks experiencing homelessness who are contributing to their community.”

The uniform appearance and productive tasks give the volunteers an “in” with other community members who notice them and might say hi—people who otherwise might go out of their way to avoid them. 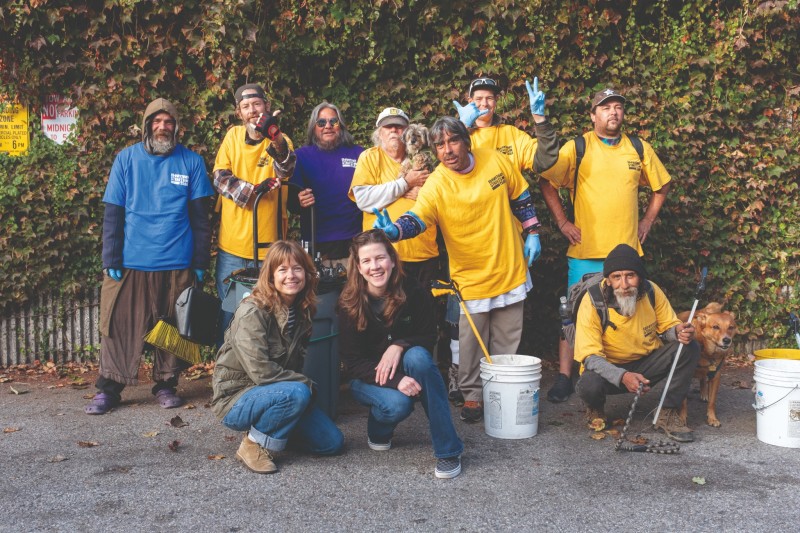