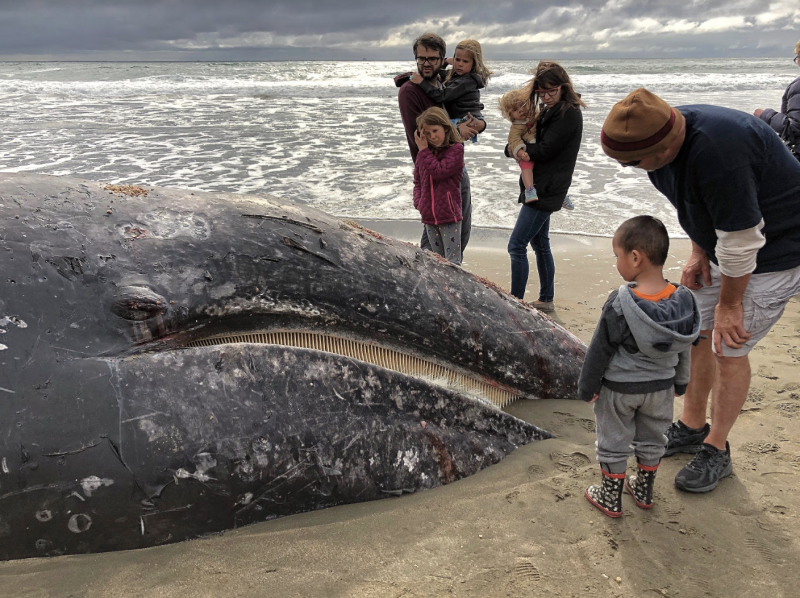 In this issue’s letter, I am going to pass the torch to award-winning photographer, cancer survivor and all-around badass Sachi Cunningham. Her recent post to Instagram shook me to my core, so instead of giving my two cents, here are her words of truth, wisdom and warning:

“On the same day that the UN released a report that one million species are at risk of extinction, this grey whale washed up on the shore of my home break on Ocean Beach in San Francisco. While the grey whale population is currently stable, this whale here is the ninth grey whale to wash up on our Bay Area shores in less than two months. In Washington State, 13 gray whales have washed up on state beaches since April. Scientists attribute the deaths to blunt trauma from ships and malnourishment. In other words, their food supply is likely being affected by climate change just as ours will dramatically be affected if we continue to pretend to be innocent bystanders doing nothing. The UN report was the work of 150 authors from 50 nations over three years [and was] signed off by a panel of 132 member nations. Mass extinction means human extinction. There is no time but now  to change our habits of consumption and to urge our legislators to do more. This is our moment! Let this unite us, not divide us. Think of this whale as Mother Earth and the elephant-in-the-room warning us of what is to come. All of the barnacles and sea lice pictured on the whale are like our human population. The death of this whale means the death of the ecosystem that it supports. We can right this wrong but not until every single one of us wakes up to the problem and becomes part of the solution.”

2 comments on “This is Our Moment | Letter from the founder”