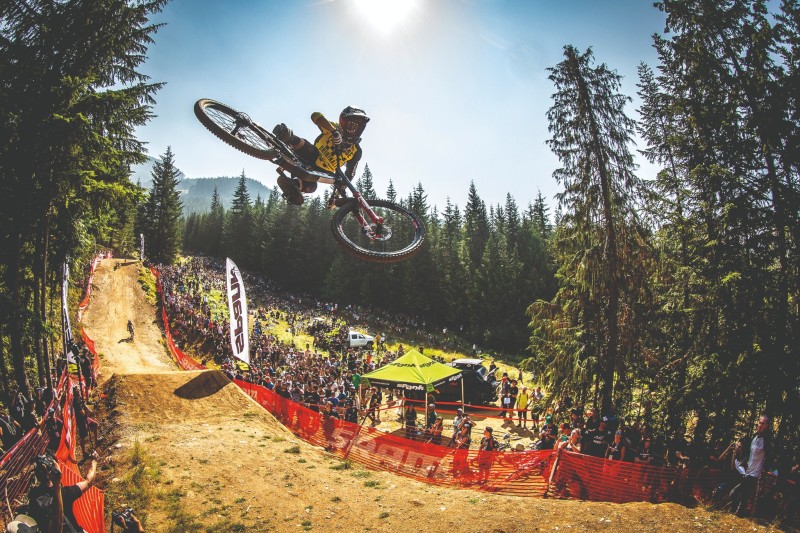 When I ask professional mountain biker Tyler McCaul about the dangers of the Red Bull Rampage, he says, “we have good years and bad years. In 2015 I ended up with a concussion and pulmonary contusion and was in the hospital for a few days and my close friend became paralyzed. That was a bad year.” 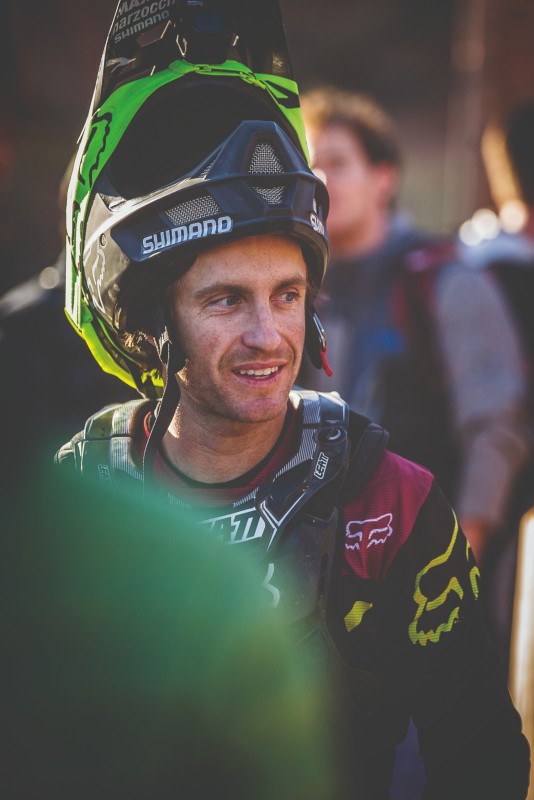 Riders free-fall through five stories of air and hit dirt jumps the size of school buses. A rider will “dig” with their crew for 10 days prior to the event to carve out their own unique track down the mountain. Competitors are judged on their choice of lines down the course, their technical ability, and the complexity of tricks.

McCaul, a Santa Cruz native, has placed fifth in the Utah-based event twice. When I call him for the interview I can hear wind blowing through the speaker on his phone. He is on a ride around his new home in Toquerville, Utah. “What does it look like where you are right now?” I ask. “The sun is going down and the whole desert landscape is red,” he tells me, “It’s crazy beautiful out here.”

Rampage takes place in October just prior to contract signings, and if a rider places well at the event, they can set themselves up for sponsorships. McCaul’s specialty is big-mountain riding, the kind Rampage is designed for, and his new home puts him in the heart of the action and will give him an advantage for Rampage 2019.

Santa Cruz has bred world-class mountain bikers such as Greg Watts, Andrew Taylor, Tyler McCaul, and his other brother Cam McCaul. They cut their teeth at a series of impressively large jumps in Aptos known as Post Office, across the street from the U.S. Post Office off of Trout Gulch Road. Four years ago, however, the jumps were bulldozed to make way for an apartment complex and virtually all of the top riders left town. When McCaul tells me about the loss I can hear a nostalgic sadness in his voice. “The biggest bummer is that there were a few young guys coming up who had the potential of going pro,” he says, “but after Post Office was gone a lot of them just stopped riding.”

I can sense that talking about Post Office is starting to bum him out so I ask what scares him most about Rampage. “Wind is the major one,” he says. “When you hit a jump on a windy day, your wheels can turn into sails, you basically lose all control.” In 2015, the year McCaul ended up in the hospital and his friend became paralyzed, Red Bull pushed to run the event in unsafe conditions because they didn’t want to pay for a delay of competition. In response the following year, McCaul and other Rampage athletes threatened to boycott the event. Since the boycott, Red Bull has given more control to the riders to decide when conditions are safe enough. The event also now includes a mandatory rest day in the middle of the competition to reduce rider fatigue. 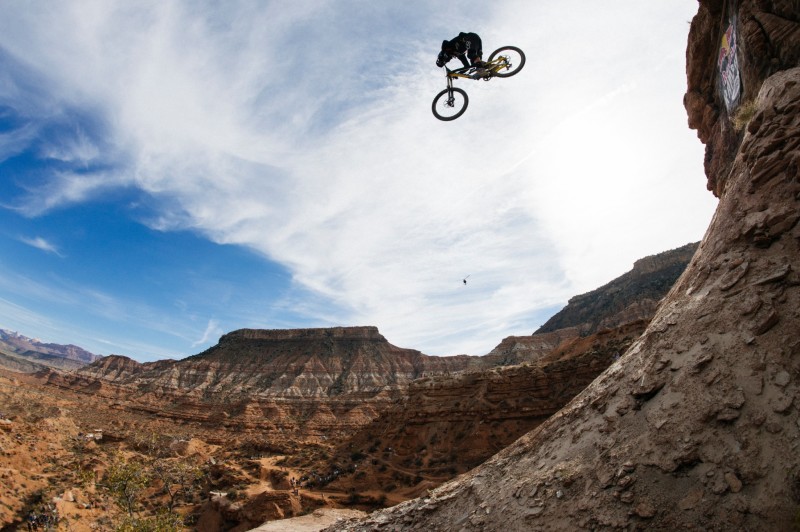 As an outsider, it’s easy to gawk at the level of risk McCaul and other riders are willing to subject themselves to. Mountain biking at the highest level is a dangerous game and the line between pushing the limits and downright stupidity is impossible to delineate until the wheels hit the dirt. McCaul, however, seems fairly calculated in his approach. Rather than remaining nestled in the bubble of Santa Cruz like so many semi-pro athletes who eventually slip into obscurity, McCaul has relocated to the red desert to commit himself to one of the most jaw-dropping action sports events in the world, because he believes he has many good years to come. 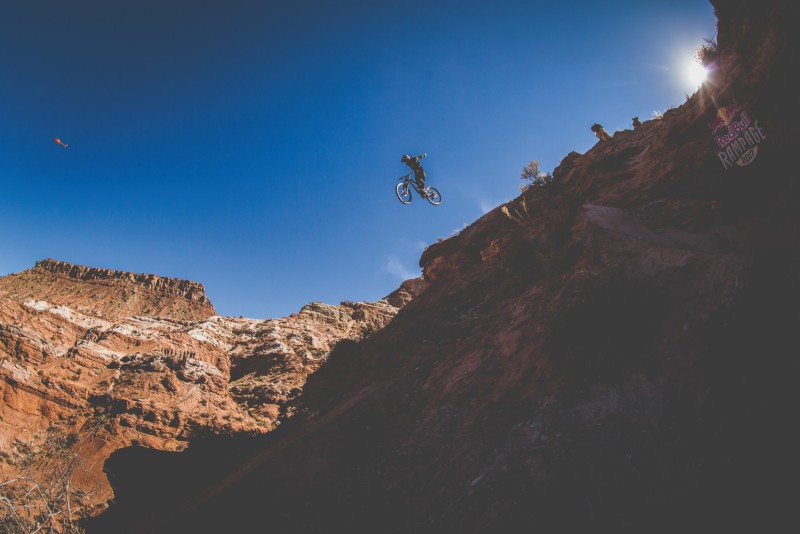