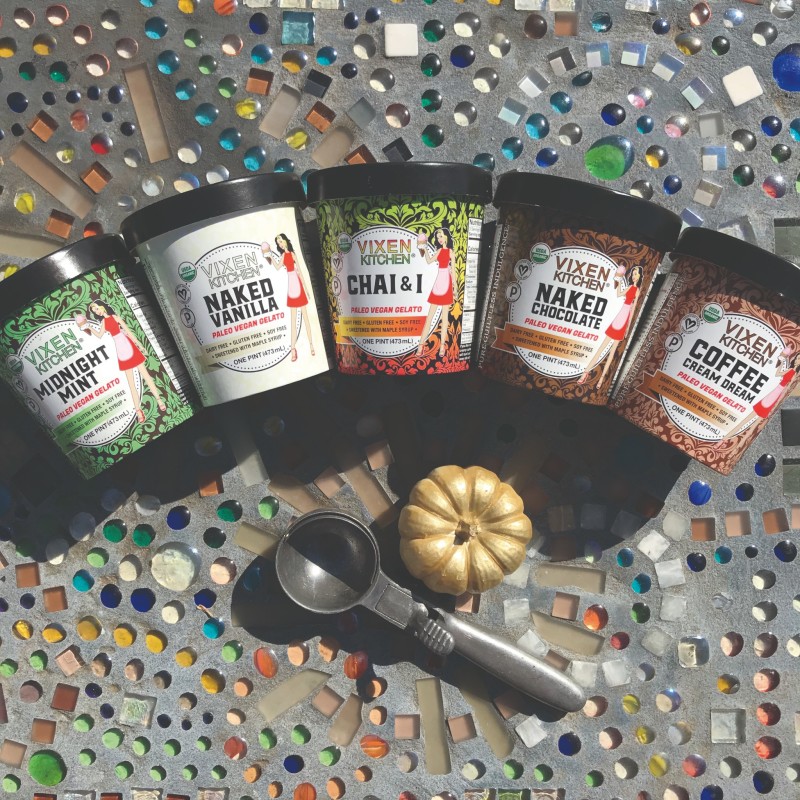 Like many a Santa Cruzan, Sundara Clark used to ride her bike to Thrifty’s on Soquel Ave. for a scoop of ice cream when she was a kid. As a grownup, she has become far more health-conscious, even if she still has a soft spot for the sweet stuff.

“I’ve evolved a lot since then, and luckily for us, so have frozen desserts,” she says.

Clark, who first created this gelato as a healthier way to satisfy her two daughters’ cravings for sweets, claims that her product’s clean, nutrient-dense ingredients make it more nourishing than other non-dairy ice creams. The key component here is raw cashew, which Clark calls a “nutritional powerhouse.” As she explains, cashews are full of magnesium, vitamin E, zinc, copper and oleic acid—the same heart-healthy monounsaturated fat that is found in olive oil and avocados.

Health benefits aren’t the only selling point of this recipe. “Cashew also has the ability to become any flavor, which I think other milk replacements lack,” Clark notes. “They always taste kind of like coconut, almond or soy.” 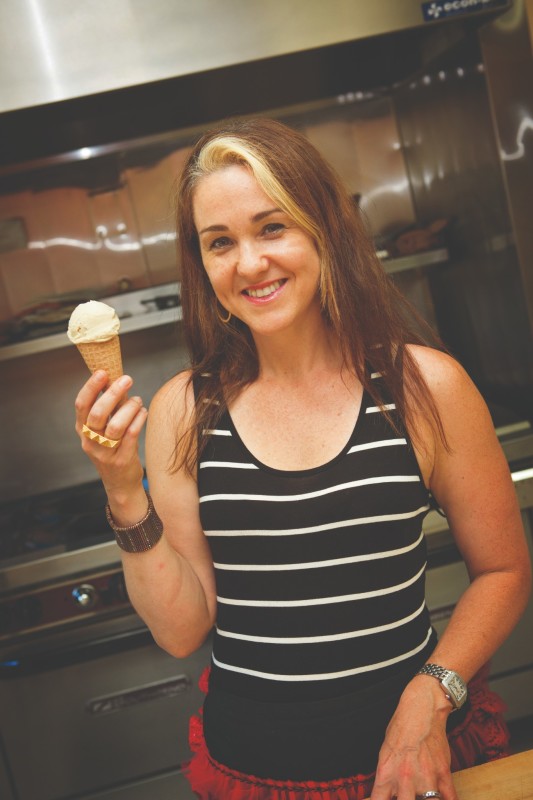 Vixen Kitchen’s go-to sweetener, maple syrup, is a healthier alternative to refined sugar. Its nutrients include calcium, iron, magnesium, phosphorus, sodium, potassium and zinc, not to mention vitamins such as thiamin, riboflavin, niacin and B6. The company’s Midnight Mint and Naked Chocolate flavors also contain the superfood cacao, which is rich in magnesium, flavonoids and iron. Unlike traditional chocolate, Vixen Kitchen’s cacao is unheated to keep its nutrients intact.

Clark wasn’t aware that her gelato was paleo when she invented it. “My friend who owns a CrossFit gym—or box, as they call it—told me, and he was stoked!” she remarks.

As for the name Vixen Kitchen, it’s a reflection of the fun work environment Clark strives to foster. She encourages her employees to crank up the good music and enjoy themselves.

“If a good vibe is felt while making our product, we feel like it tastes better,” she notes. “The happier this Vixen is in the kitchen, the better our food tastes.”

For more information, check out vixenkitchen.co.