The Trestle Trail Project replaces the existing 4-foot wide walkway on the San Lorenzo River Railroad Trestle Bridge with a new multi-use trail that is 10 feet wide. It will make walking and biking safer and easier between the Boardwalk and the Seabright neighborhood and the Riverwalk and downtown.

The event also celebrates National Public Works Week and the great work of City engineers and Cushman Contracting Corporation who will have the Trestle Trail Project completed ahead of schedule—at daybreak this Friday, May 17.

The Coastal Rail Trail includes many projects that, together, will provide a 32-mile long separated bicycle/pedestrian path along the coast and is a part of the Santa Cruz County Regional Transportation Commission’s Monterey Bay Sanctuary Scenic Trail Network Master Plan.

The groundbreaking for this project last January hosted over 300 attendees. The ribbon-cutting will again include City and County officials and community members who helped to achieve the Coastal Rail Trail project over many years.

Ecology Action has planned a brief parade featuring Bike Ambassadors in salute of the project completion and May is Bike Month. 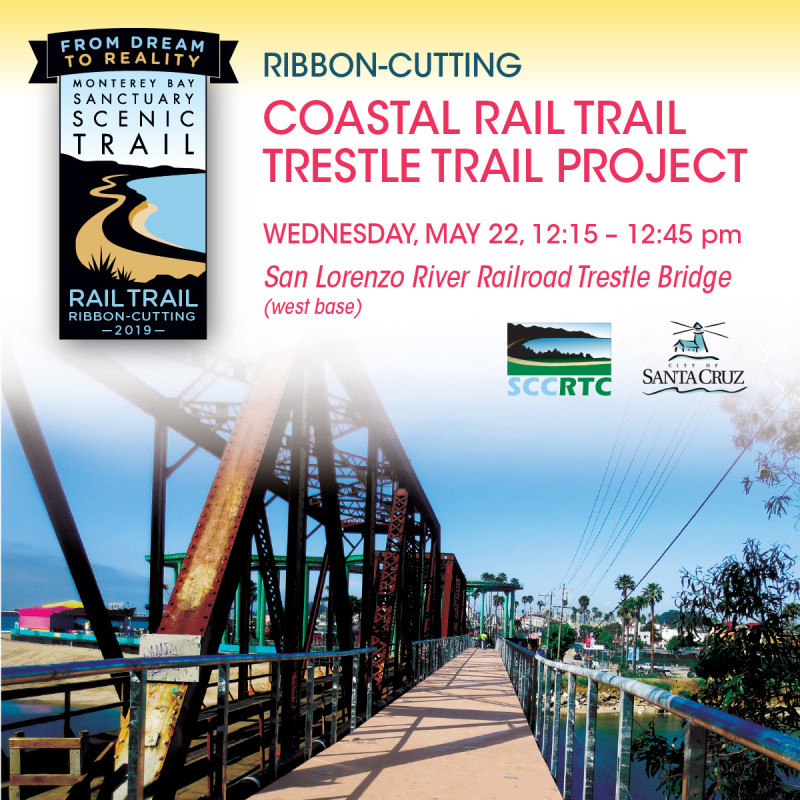 The Trestle Trail Project is being constructed with a savings of over $4 million compared to the conceptual Monterey Bay Sanctuary Scenic Trail Master Plan developed in 2013. It supports the City’s Go Santa Cruz initiative and Climate Action Plan to reduce carbon emissions.