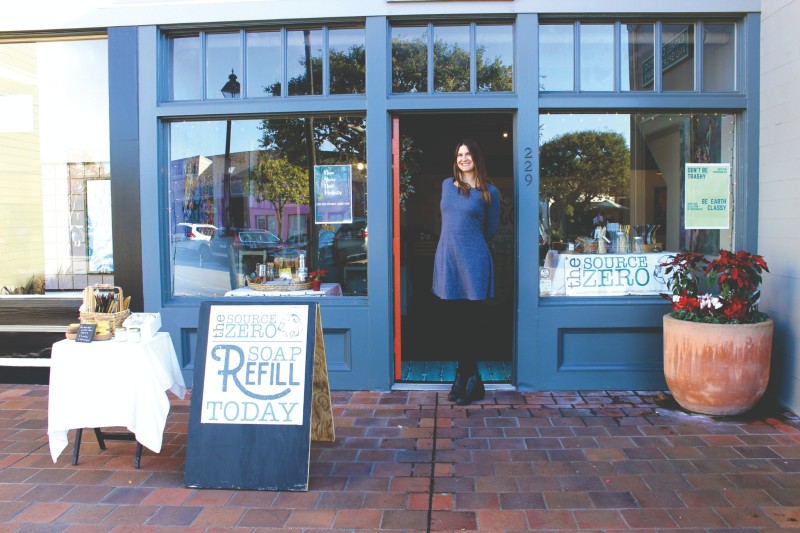 Ashley Merv doesn’t look like the type of person who roots around in garbage cans—but she does. The 33-year-old owner of The Source Zero, a zero-waste shop and soap refill station, has taken it upon herself to manage other people’s non-recyclable plastic trash.

Located at 6236 Gushee St. in Felton, The Source Zero has the pleasant atmosphere of a day spa. Live plants decorate the interior, which smells of spearmint, lemon verbena, and lavender. Several large glass jugs look as if they might contain fruit-infused water, but their silver spigots dispense shampoo, conditioner, dish soap, and laundry detergent: refills for products generally sold in plastic containers. Smaller glass containers are offered for sale, along with a free option: upcycled plastic containers, which Merv has salvaged from other people’s recycling bins.

“I’m trying to get people to reuse the plastic they’ve already got instead of throwing it away and buying a glass container,” says Merv. “Things eventually are going to get thrown away, but they can have many uses until then.”

Stainless-steel straws, bamboo utensils, lunch kits, and reusable wax food wrap line the shop’s wooden shelves. Many of the products are locally made, including Merv’s organic body-care line, Primal Well, which she mixes onsite. She laments that the black plastic tops on her deodorant spray containers are not recyclable; however, she incentivizes customers to bring them back by offering a discount on their next purchase. Merv sanitizes the spray tops for reuse, and when they stop working, she pays for them to be recycled through Terracycle. Ensuring that plastic waste is actually recycled, however, is not cheap. Recycling a 1-foot-by-3-foot box of material through Terracycle costs her $89. 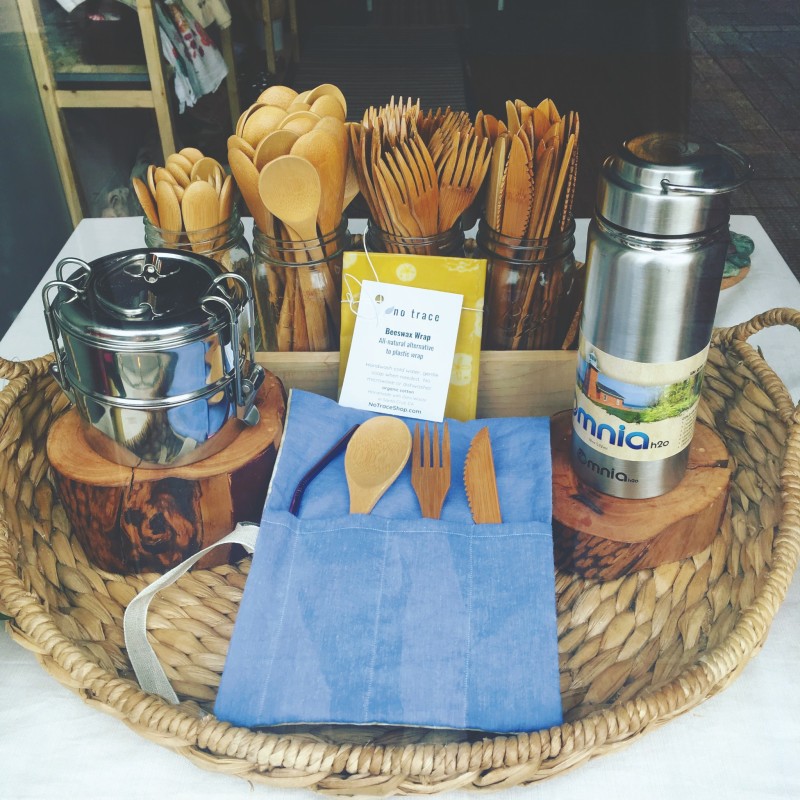 “That is accurate for a lot of areas,” acknowledges Emily Finn, director of business development at Greenwaste, the company that manages curbside recycling for unincorporated areas of Santa Cruz County. “We are the exception to the rule.”

According to Finn, between 70 and 80 percent of the waste stream collected by Greenwaste is ultimately recycled. Route vehicles collect waste from curbside recycling bins and haul it to Watsonville, where it is transferred to large semi-trucks and taken to the Material Recovery Facility in San Jose. There, recyclables undergo multiple rounds of manual and mechanized sorting. Most recovered materials, including mixed hard plastics, are sold to international markets and shipped overseas for further processing.

China, the main importer of recyclables, tightened requirements for imported waste on Jan. 1, 2018, sending the global recycling economy into an unprecedented crisis. “China effectively closed its doors,” says Finn. Other recycling markets followed suit, refusing to accept certain types of plastic and paper waste, especially those containing moisture or residue. Since the new policy went into effect, Greenwaste has reported a 15-20 percent reduction in material that is accepted for recycling. So what happens to all of the waste that doesn’t get recovered and sold?

“Anything that’s not pulled off of the line gets buried in a landfill,” says Finn. The largest category of plastics currently destined for eternal burial is film plastics, which include single-use plastic bags, shrink wrap, trash bags, and thin-film plastic food packaging. According to Finn, there is “zero market” for this category, which makes up a staggering 10 percent of the entire waste stream.

“If people saw the negative impact they were making, they would care more,” says Merv. “Once people become more aware of how much they’re consuming, then it will be the people who force the change.”