The City of Santa Cruz invites you to the historic groundbreaking for the first segment of the Coastal Rail Trail on Thursday, Jan. 10. Come celebrate—rain or shine—with City and County officials and community members who brought this project to fruition over many years!  The Coastal Rail Trail includes many projects that, together, will provide a 32-mile long separated bicycle/pedestrian path along our coast. 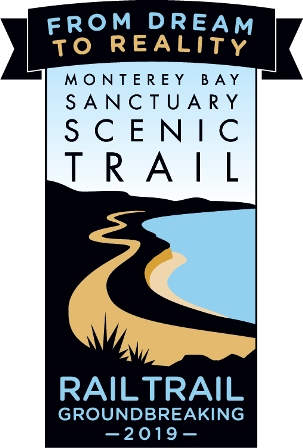 The City ceremony, from 12:15 to 12:45 p.m. at the west base of the San Lorenzo River Railroad Trestle Bridge will be followed by a gala party hosted by Friends of the Rail and Trail. The family event offers free refreshments, commemorative giveaways, Coastal Rail Trail engineering displays, free parking and bike valet. 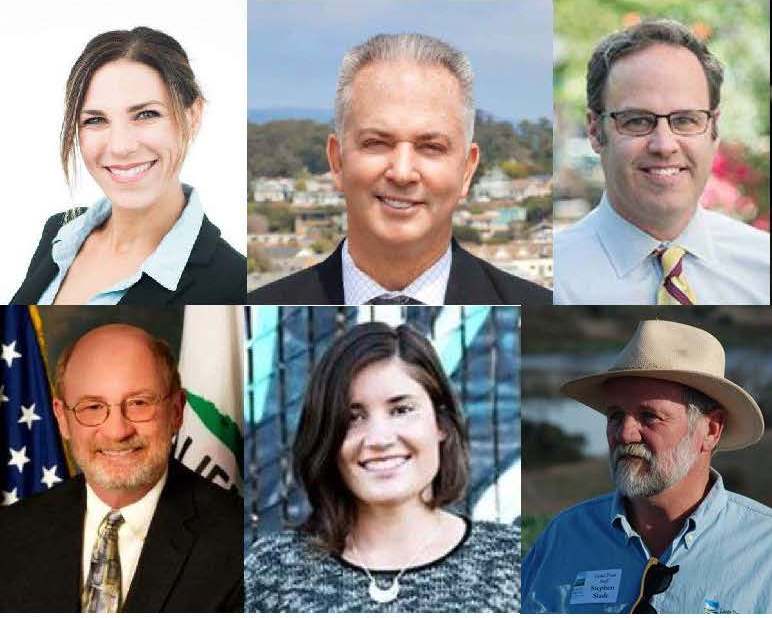 The first Coastal Rail Trail segment is the San Lorenzo River Parkway Phase III/Trestle Trail Project. It will replace the existing 4-foot wide walkway on the San Lorenzo River Railroad Trestle Bridge with a new multi-use trail that is 10 feet wide. This will provide direct bike/pedestrian access between the Santa Cruz Beach Boardwalk and the Seabright neighborhood and the Santa Cruz Riverwalk levee path and downtown Santa Cruz. 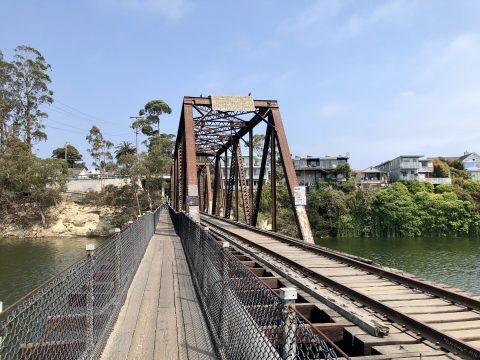 Please join us in celebration and get to know the many people who have led us to this important Coastal Rail Trail Groundbreaking! 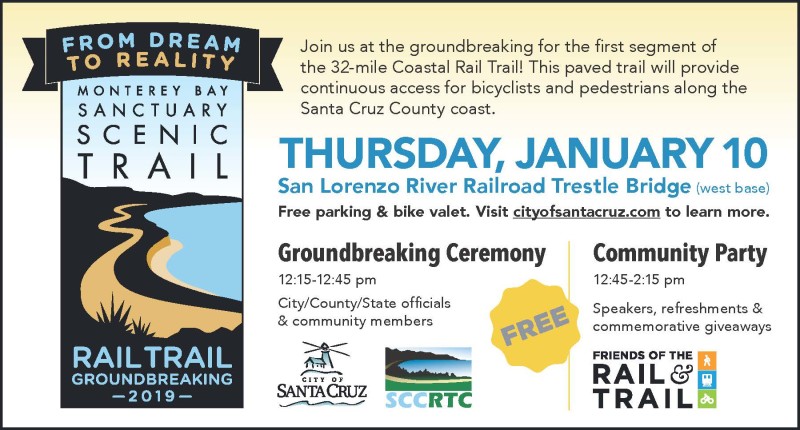