Have you seen these signs in your favorite local shops and restaurants? Businesses with these postings deserve kudos for their energy conservation efforts!

Alejandro, owner of Taqueria De La Hacienda, and Kamala, owner of Fybr Bamboo, show their support for the Keep It Cool campaign.

Participating businesses show customers their environmental values, save money by reducing energy use, and benefit from the partnership’s print and social media promotion.  To date, the campaign has gained the support of 215 local businesses, resulting in an estimated 236.5 metric tons of carbon emissions avoided over the course of the summer months. That is equivalent to the carbon emissions produced by a semi-truck driving between San Francisco and San Diego 215 times! 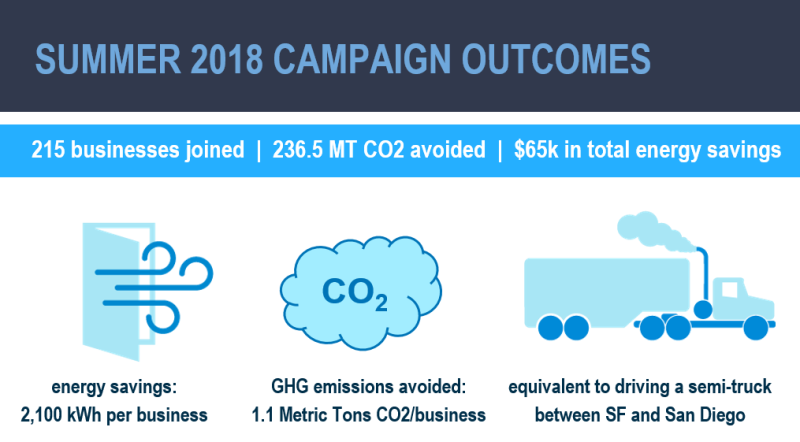 The Keep It Cool campaign was originally developed by Generation 180, a New York-based environmental nonprofit. While the campaign had considerable impact on the East Coast, Santa Cruz is the first West Coast city to adopt the campaign, and in doing so has made significant progress towards achieving the City of Santa Cruz’s Climate Action Milestone to expand energy efficiency programs to 30% of homes and businesses by 2020.

The success of the Keep It Cool campaign is largely due to the hard work of volunteers at the Santa Cruz Climate Action Network, who conducted door-to-door visits at hundreds of local businesses in order to spread the word about the campaign. They plan to contact more local businesses in the near future and are offering winter specific signs as the use of heating systems hits its yearly peak. 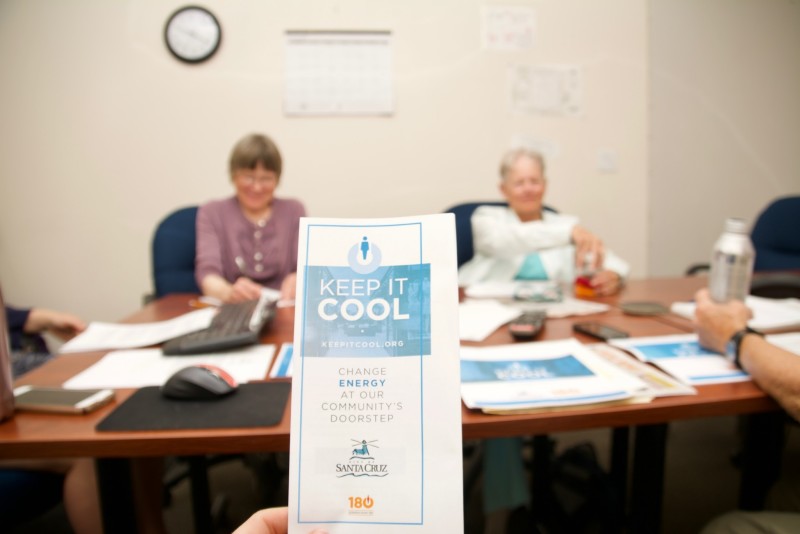 If you would like to become involved in the Keep it Cool campaign or register your business, please contact us at climateaction@cityofsantacruz.com.