Winter cocktails to brighten up the long days of winter

When the memory of daylight savings time has long since faded into the darkness and the drizzle outside turns to downpour, it’s easy to sit inside and long for sunnier days—scrolling through the Netflix catalog for yet another show to binge. But for those who dare to set down the remote and bear the elements, here are three oases where one will find good company and delicious spirits to enliven even that weary soul. 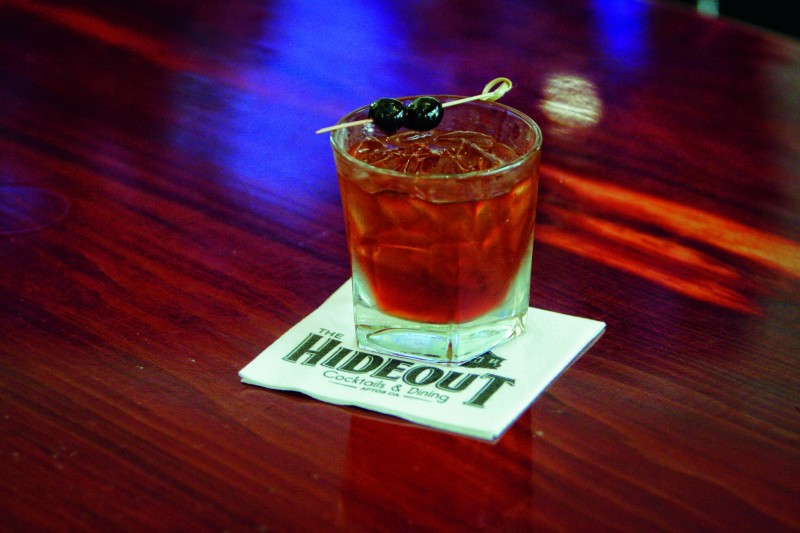 For folks who prefer not to make the arduous journey from mid-county to downtown and back again, there’s a warm haven, tucked away in the weeping redwoods of Aptos, appropriately named The Hideout. Under the stringed lights and heat lamps of the front porch, or inside the expansive, historic establishment, the welcoming staff and largely local patrons give one that home away from home feeling.

“It’s great to have a place like this in Aptos,” says Hideout co-owner Austin Welch. “With traffic being as bad as it is, it’s nice when folks don’t have to run the gauntlet all the way to downtown to get dinner and drinks.”

A bartender by trade, Welch is often there greeting patrons as they arrive and pouring drinks for the regulars behind the reclaimed redwood bar. One of his recommended cocktails for the cold months is the Beth-Mar Manhattan.

“Its name pays homage to the original owners, Elizabeth and Martin,” says Welch. “It is served on the rocks, but the rye whiskey warms you up on those winter days.” 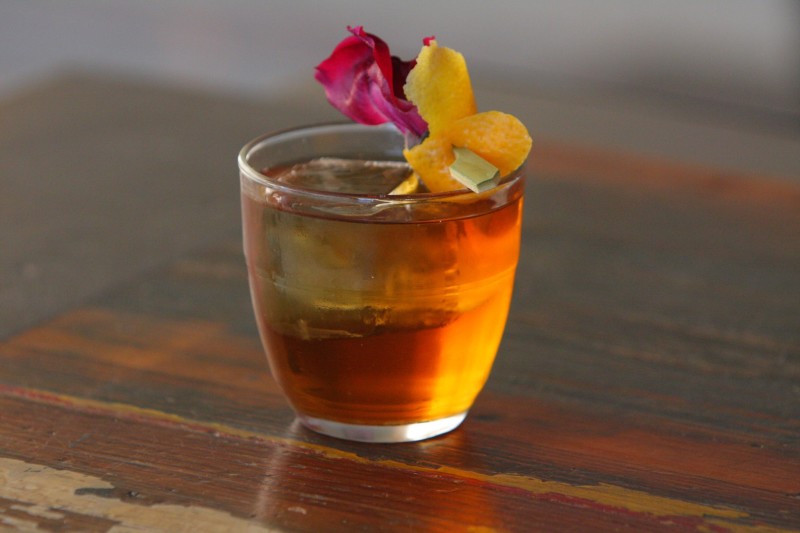 For a cocktail that encapsulates the essence of wintertime in Santa Cruz, try Bantam’s signature Winter Negroni. Dreamt up by lead bartender, Gregory Tavangar, with input from everyone on Bantam’s staff, the seasonal treat, adorned with a twist of grapefruit peel, glows like the orange half of a five o’clock sunset.

“There’s something about its glow that reminds me of winter, like looking into a warm house from the cold outside,” says Tavangar. “And flavor wise, winter is citrus season so it has lemon essence and a grapefruit peel to give it that citrus pop.”

The concoction’s light taste and smooth feel brightens the spirit despite the gloom outside. According to Tavangar, his intention with the Winter Negroni, and with every cocktail he formulates, is to stir up feelings of nostalgia.

“Mostly what I’m looking to do with a drink is to inspire a feeling you can tie to your past,” says Tavangar. “It seems that’s what the most successful drinks do.” 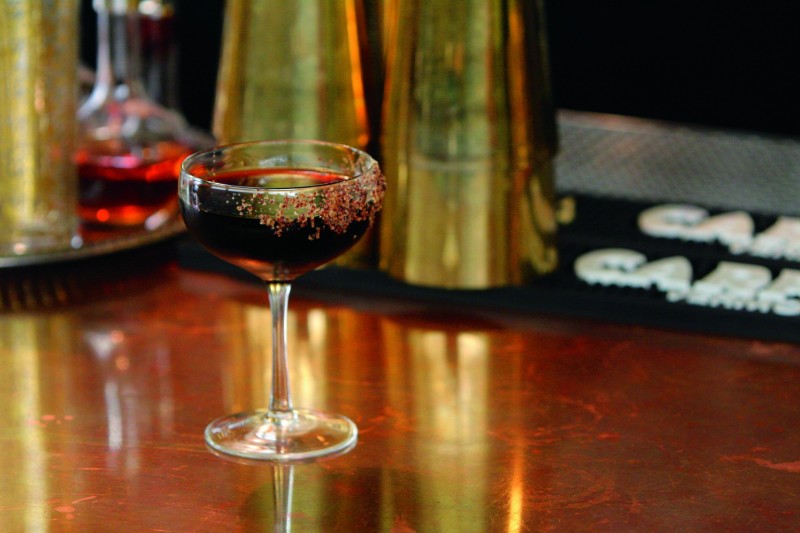 With only three seasonal cocktail menus under its belt, Soif is already making a name for itself with the imaginative bar manager Matt Barron at the helm of the cocktail program. Barron’s big on rum drinks and so are Soif’s regular patrons. With that in mind, he created the Sixsmith for Soif’s winter menu—a riff off the classic Martinez—replacing the base of Old Tom gin with Smith and Cross traditional Jamaican rum.

“It’s dark and beautiful, still balanced, but it’s not messing around either,” says Barron. “I gave it a rim of crushed walnut and dried cherries, which I think plays well into the season.”

The Sixsmith is the perfect drink after a big meal when you want dessert, but don’t have room for it. The nightcap’s name is an homage to a character from the novel Cloud Atlas, and, like the plot of the acclaimed work, the cocktail’s taste and feel is heavy, layered, and worth dissecting.