Through Mountains 2 Sea, youth are looking up from their screens to gain valuable outdoor experience

All Photos Courtesy of Mountain 2 Sea 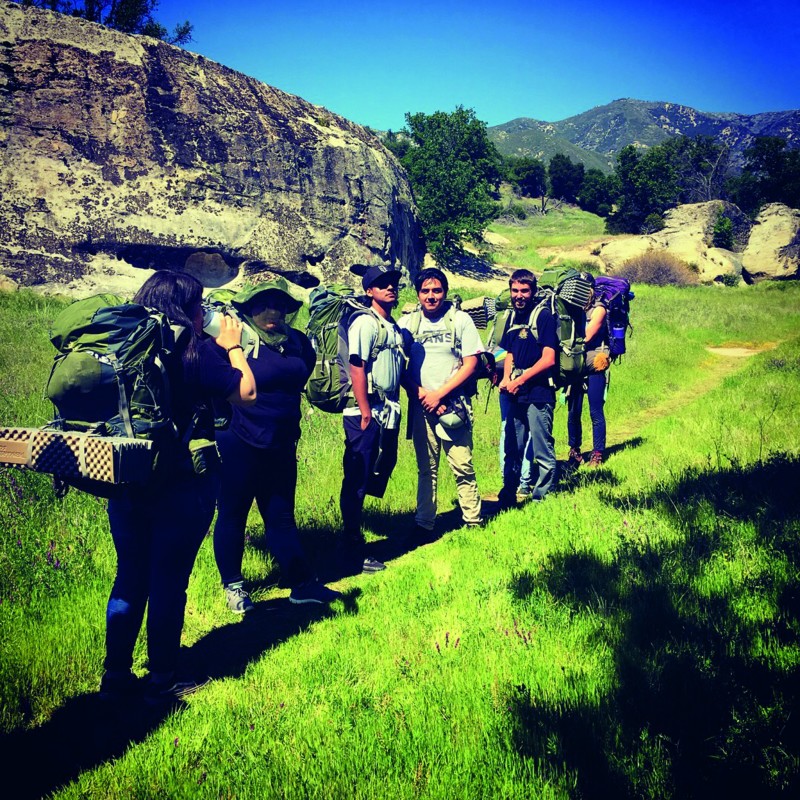 In 2012, the number of Americans who own smartphones surpassed the 50 percent mark for the first time. Coincident with this rise has been a change in the behavior and a decline in the well-being of kids born between 1995 and 2012, a generation that San Diego State University psychology professor Jean M. Twenge refers to as the “iGen.” Twenge has authored two books on iGen kids, who have never known a time without the Internet and have spent more time on their devices and social media than any generation that precedes them. 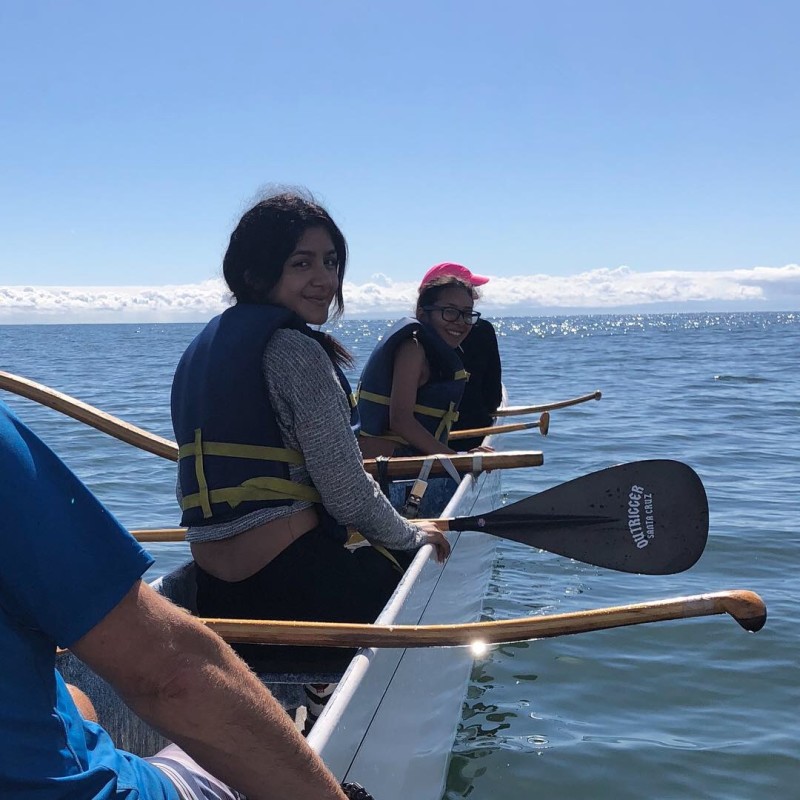 Studies show that iGen’ers are less social, go outdoors less frequently, and even get their driver’s licenses later than older generations. To cite just one example, just 56 percent of high-school seniors in 2015 went out on dates, compared to almost 85 percent for Boomer and Gen X high school seniors. Twenge points out that iGen youth are content with spending more of their leisure time at home because their social life is often lived out on their phones, usually while they are in their bedrooms alone—which frequently leads to feelings of distress.

Most notably, Twenge points out that the rates of teen depression and suicide have soared since 2011 and that these problems can be traced to teen cellphone use. She cites studies that show that the more time teens spend looking at a screen, the higher the likelihood that they will exhibit symptoms of clinical depression.

“This iGeneration is absolutely addicted to their devices,” says Brian King, founder of Mountains 2 Sea, a Santa Cruz organization that empowers youth through outdoor adventure and learning. “And that comes along with creating anxiety and depression and all the stresses of ‘Are you keeping up with the Joneses on social media? Is your life looking as good as everyone else’s on Instagram?’” 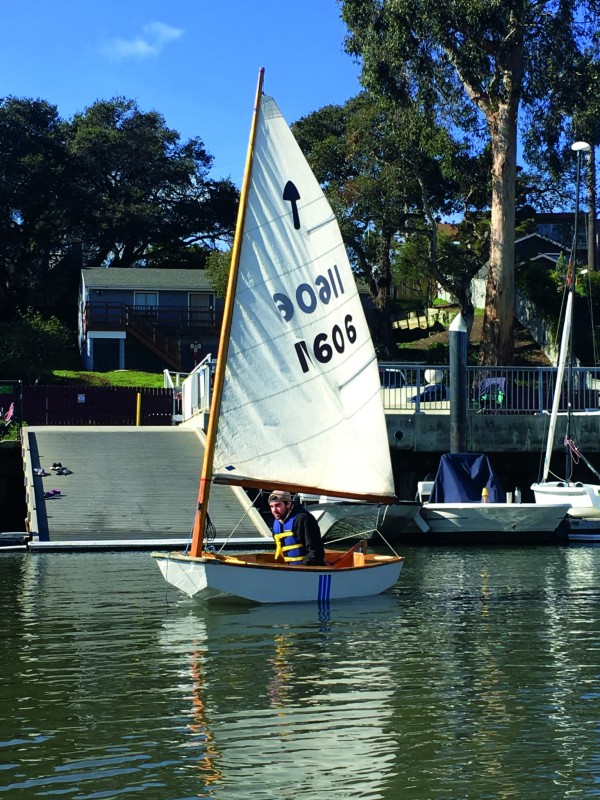 King is offering a particularly underserved community of iGen’ers an antidote. And while his organization wasn’t conceived solely to counteract overuse of devices, it’s an important part of the equation. Mountains 2 Sea’s mission is to serve at-risk youth in the community by increasing their access to the outdoors, creating opportunities for physical activities in nature and away from electronic devices, and teaching kids the need for preservation and stewardship of the natural environment.

“I’m a real believer in nature therapy,” says King, who cites the 2005 book Last Child in the Woods, which introduces a concept called “nature deficit disorder” that King feels is particularly apt to this generation. “The pace of nature, the pace of being outside is a lot slower than what students experience on a daily basis with technology and media.”

The book had a profound effect on King, who had been a health and physical education teacher for 13 years. He realized that not only were schools asking kids to sit in classrooms and listen to curriculum presented by teachers, but increasingly they were being asked to sit in front of a computer and take their classes online. This led to King creating an outdoor program at the school where he was working. In 2017, he formed Mountains 2 Sea, which provides an alternative way of learning for at-risk youth that utilizes the outdoors extensively.

“[The outdoors] is where kids really find their confidence and do true problem solving and interact and work with their peers,” says King. 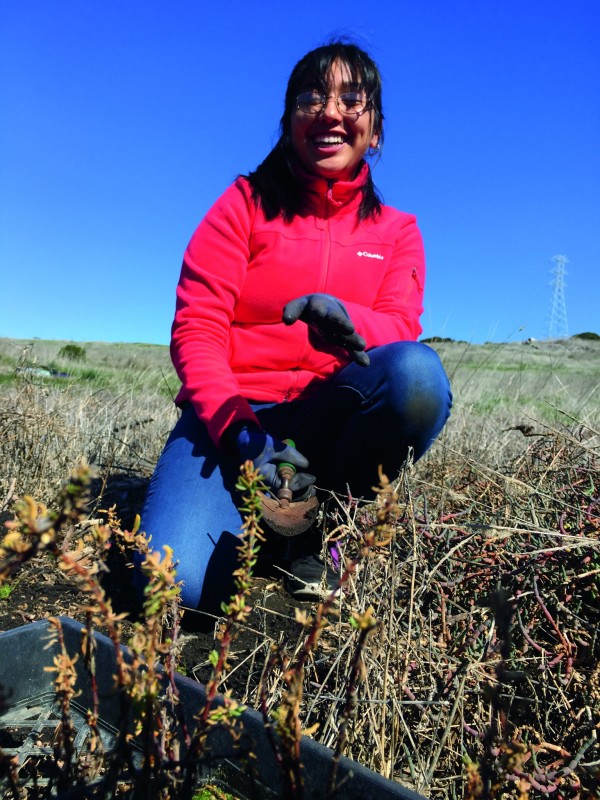 King and his fellow instructors at Mountains 2 Sea devise outdoor programs where the participants are placed in the position of setting goals and intentions, working through problems with their peers, and gaining self-confidence through the completion of tasks and activities—all while developing an appreciation for Mother Nature. A typical program might consist of rigging and sailing a boat out of the Santa Cruz Harbor or going on an overnight hike in the mountains.

“Once they go out and go backpacking for three days and two nights and carry what they need on their back and cook their own meals and take care of themselves in the outdoors, they come back with a sense of accomplishment they never experienced before,” says King.

Justin Smith participated in Mountains 2 Sea before graduating from Costanoa High School last summer. He feels that the challenges he faced translate into lessons that have paid off in real life and at his job, such as being able to face stressful situations by stepping back to take a breath, examining his options and finding the best route to take.

Smith also came to enjoy the fact that, other than contacting their parents to arrange a ride home, participants were not allowed to access their devices during activities such as the overnight backpacking trip in Big Sur.

“I didn’t mind it. In fact, I kind of liked it better that way,” says Smith. “Because then it was more about the trip and being with the people in the program rather than taking pictures on Snapchat and putting [them] on your story to show all your friends. So, to me it made the program a little more special.”