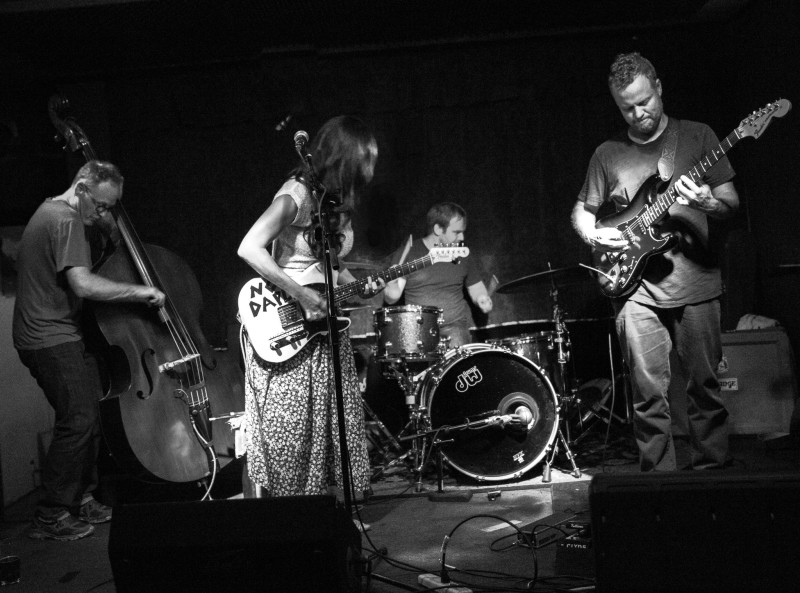 When Kurt Cobain wrote “Smells Like Teen Spirit,” he openly borrowed a musical device from the Pixies’ toolkit—namely, a subdued verse giving way to a crunchy chorus. That song, of course, became a mega-hit, and the sudden, dramatic shift from soft to heavy (and vice-versa) became a mainstay of alternative rock.

This dance between quiet and loud is a key part of the indie rock quartet See Night’s sound, which has drawn comparisons to the likes of Cat Power, Mazzy Star and Arcade Fire. It also features heavily in the day-to-day life of vocalist/guitarist Linda Sao, who is joined in See Night by guitarist Patrick Andrews, drummer Cory Aboud and new bassist Jeff Kissell.

A former Santa Cruzan who moved to San Francisco in 2011 to pursue music seriously, Sao works for a landscaping company and volunteers weekly at a couple of Bay Area organic farms. As such, she spends most of her offstage time farming and gardening in silence.

The alternating periods of tranquility and explosiveness help balance each other out. “I find after I’ve played a show, the best thing I can do the next day is be on a farm where nobody knows that I was just onstage in a crowd,” Sao reflects. “And being quiet so much, I need not only the expression and the loudness of the music and singing, but I need that connection with people through music specifically. I can be really private, and I think music and lyrics are where I will more unabashedly reveal those things that I think I’m not brave enough to [in other situations].”

The very name See Night holds an intimate meaning for Sao: It’s an allusion to the Sea Knight, the type of helicopter that her father flew in the Vietnam War. “I liked that it had a depth to it that was personal, but that no one else knew about,” she reveals. 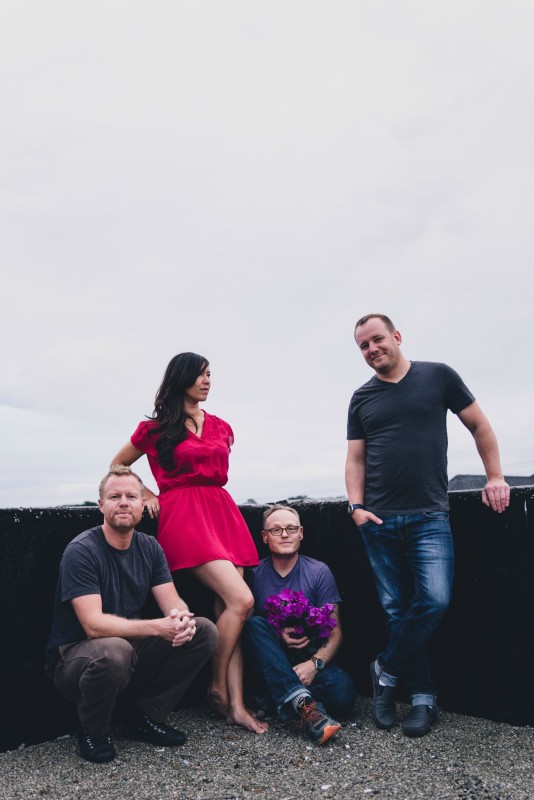 Until the start of 2017, the band’s moniker had the same spelling as its namesake. However, Sao, whose mother was a refugee who fled Vietnam on a boat, eventually decided she didn’t want her band to be named after an instrument of war. At the same time that she made the choice to change the spelling, the military retired the use of the Sea Knight, its longest-running helicopter at the time.

Along with better reflecting the group’s shoegaze/dream pop/post-rock-influenced sound, the new spelling of the band name connects to one of Sao’s pet obsessions. “Close friends know that I’m kind of witchy in my fanatical following of the moon phases, so it all just felt like, ‘Okay, this makes sense,’” she reasons.

The witchery spills over to See Night’s songs as well. “I’ve learned that lyrics are like magic and often manifest, so now I’ve resolved to try to write more hopeful imagery,” the vocalist offers. “You’re singing this thing over and over again, and I can’t help but feel like songs are mantras, prayers or whatever you want to call it. [When] you’re putting your energy into something so passionately over and over again, it makes sense that it would come to fruition in someone.”

If songs are magical incantations, then the title track from See Night’s newly released second EP, You Are Us, is a love spell of sorts. Spanning little more than two minutes, it kicks off the EP with a little quiet/loud/quiet fanfare. Sao’s vocal line consists solely of the song’s title chanted twice. Minimalistic as these lyrics might be, they certainly make a strong impression.

“The initial meaning behind [the phrase ‘You are us’], when I first sang it, reflected a feeling of female intuition: that feeling when you know there’s a connection with somebody, even before they know it,” Sao explains. “It’s like a statement saying to someone, ‘There is an us, and you are us.’ But as happens with lyrics and songs, they take on new meanings with time and experience, and now I also view it as representing this connection with people who connect with our music. Also, You Are Us now embodies this connection with us as band members creating something.”

This includes former bandmate Sami Hiromi, who played bass and violin in Sea Knight from 2013 to the summer of 2017. Her time in the band ended soon after the completion of You Are Us. “Even though Sami isn’t in the band right now, she is still a part of us,” Sao states.

In Hiromi’s absence, Santa Cruz resident Kissell has stepped in, bringing the new element of double bass to See Night’s live sound. Still on board are Andrews, the first person Sao ever played music with and one of her first friends in Santa Cruz when she moved to town from L.A. in 2001, and Aboud, with whom she started the band in Santa Cruz. (During a show where she opened for Aboud’s then-band at The Blue Lagoon in 2010, she literally said out loud, “That’s my dream drummer. If I ever record someday, I’m going to call that guy.”)

Sao’s sincerity is obvious when she voices her gratitude to be in a group with such accomplished players. “It always surprises me, because I’m not technical; I’m not trained; I don’t know what I’m doing,” she offers. “I’m always in awe that people who are so talented and respected as musicians would play with me.”

Like the band’s debut EP, 2014’s Where Are You, See Night’s latest recording is saturated with a sense of longing, whether that comes from a desire to play music or to be with a loved one. “I think that which we’re most passionate about causes the most pain when it’s absent from our lives or when we’re yearning for it,” Sao muses. “Nothing, for me, drives songwriting more than that.”

To hear See Night’s music and learn more about the band, visit seenightmusic.com and facebook.com/seenightmusic. See them live at The Crepe Place on Friday, Feb. 2.