My encounter with the ancient ritual of ayahuasca ceremony 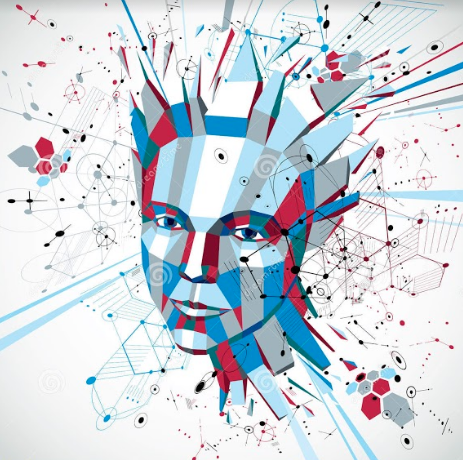 Help, I say silently. Or maybe out loud. It’s hard to know for certain. And though I am in the middle of an ayahuasca ceremony, it’s hard to know exactly where I am—not only in relation to the door, but also to my body. I’ve lost track of it, and I’m terrified it might urinate or vomit or do something equally horrifying all over the floor of the temple and the 20 other participants inside of it. I’m on the verge of a full-blown panic attack when several pairs of hands lift me up and carry me outside.

Ayahuasca is concocted from two plants native to the jungles of South America: Psycotria viridis, a shrub that contains N,N-dimethyltryptamine (DMT), and Banisteriopsis caapi, a vine containing an enzyme inhibitor that shields DMT from getting broken down by stomach acids before it has the chance to work. Researchers speculate that DMT occurs naturally in human brains during birth, death, and dreams, affecting neurotransmitter function by interfering with serotonin receptors. According to a recent article in Rolling Stone, an estimated 120 ayahuasca ceremonies occur every week in the Bay Area and New York.

Though the people that use ayahuasca often refer to it as medicine, DMT is classified as a Schedule 1 illegal drug in the United States.

In recent years, ayahuasca has been studied as a potential therapy for various psychological ailments: The Santa Cruz-based Multidisciplinary Association for Psychedelic Studies (MAPS) completed the first North American study of ayahuasca as a treatment for addiction in 2013; UC San Francisco is currently exploring whether ayahuasca may be able to help sufferers of posttraumatic stress disorder (PTSD); and Psychedelic Science 2017, a conference held in Oakland in April, included a multitude of presentations and workshops on the therapeutic value of ayahuasca for depression, addiction, eating disorders, and PTSD.

Indigenous cultures in the Amazon basin have used ayahuasca in ritual and religious ceremonies for an estimated 5,000 years. And it may be the ancient tradition of ayahuasca ceremony—even more than the medicine itself—that’s drawing Westerners to seek it out. Living in a culture largely detached from spirituality, tradition, rite of passage, and shamanic wisdom, many of us are searching for meaning. I know I am.

So when a friend invites me to an ayahuasca ceremony in the backwoods of Northern California, I follow the preparation rituals diligently, abstaining from drugs, alcohol, coffee, meat, dairy, and sugar for a week in advance. The day of the ceremony, I forgo food, too, consuming only water and herbal tea. I pay a few hundred dollars for the ceremony, which takes place in a temple on private property. I also come up with a plan in case things started to get out of control: I’ll recite a Sanskrit chant from yoga class. Just before the ceremony, I build a nest of pillows and blankets in the corner of the temple and wait to explore the depths of my subconscious mind.

The leader of the ceremony is from South America, and refers to herself as a medicine woman rather than a shaman. “If there are any shamans left,” she says, “they live deep in the jungle and they are only interested in working with members of their own tribe.” I’ve never met her before, or the four other facilitators. They distribute painter’s buckets lined with compostable green plastic bags for throwing up—called purging—and explain the rules and expectations of the ceremony.

I take part in in additional rituals: smudging with a burning stick of cedar, snorting a sinus-clearing liquid made from tobacco, and administering stinging eye drops into each eye. When it’s my turn to take ayahuasca, I approach the altar in the center of the temple and drink it out of a cup that looks like a shot glass. The liquid is thick and reddish brown; it tastes bitter, earthy and slightly sweet, like bile mixed with molasses and mud. The facilitators switch off the lights and begin playing lilting and sometimes wailing music in Spanish.

I know the medicine is beginning to take effect when each hair on my body stands erect and I experience what Freud described as the oceanic feeling—a sense of interconnectedness with all living things. A short time later, I see mandalas spinning and expanding in fractal patterns. At first it’s pleasurable; then it becomes overwhelming. I vomit into the bucket, resting my cheek on the green plastic like it’s a pillow and drooling onto the front of my shirt. This is more than I planned on when I planned for things getting out of control. I want to go outside, only I can’t get there—until the hands pick me up and carry me out the door. This is it, I think. This is how I’m going to die.

At this point, I’m hyperventilating and crying uncontrollably because I truly believe that I’m dying. The Sanskrit chant might as well be on the moon, unreachable and utterly useless to me now. I’m dying I’m dying I’m dying is my only chant as I suddenly understand what it means when someone says they saw their life flash before their eyes.

“Sometimes we need to die in order to be reborn,” says the medicine woman. She crouches next to me, where I’m flailing and writhing and sobbing in the dirt. She reminds me to breathe, untangles the panicked voices in my head and offers a new voice, one of infinite compassion, to replace them.

For months after this Shamanic death—a mystical or representative death that often plays out in a physical form—I do feel reborn. I talk openly about my feelings. I look people in the eye and listen when they speak. The first time I walk down to the ocean after the ceremony, I cry with joy and gratitude. More than a year later, I still remember the things the medicine woman said to me, and I say them to myself in moments of anxiety. You’re doing a great job. I’m so proud of you. And I realize that ayahuasca ceremony is about more than a drug, just like surfing is about more than standing up. The real value is in the rituals and the meaning that we draw from it—and in the people who help us when things don’t go according to plan.

12 comments on “A Living Death”