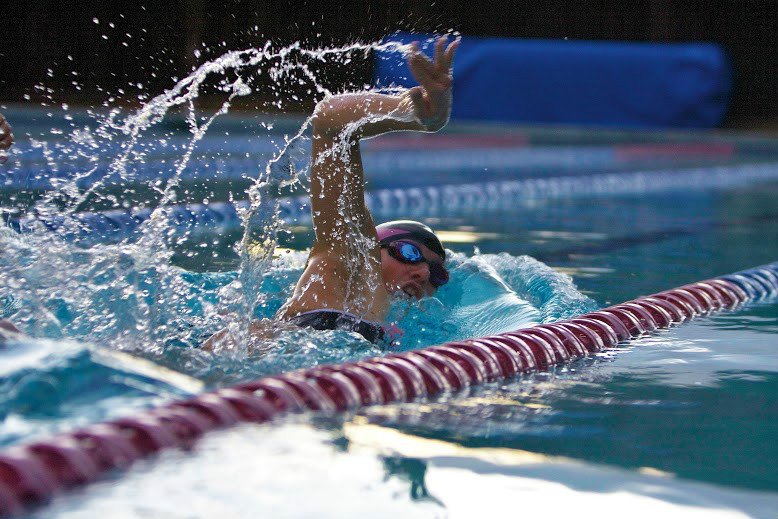 When Waves first reached out to storied local triathletes Tommy and Katie Zaferes, the couple messaged back from a training camp on the island of Fuerteventura, just off the Moroccan coast. Local legend holds that the Spanish named the island after a slightly altered version of the French term for “great adventure.”

In the case of Tommy and Katie, the phrasing couldn’t be more appropriate. Since January, the Aptos couple has been enjoying the latest chapter of their own “great adventure;” a whirlwind, world- traversing tour that began in Fuerteventura, took them to a second training camp in Mallorca in February, and then to Abu Dhabi for the first leg of the ITU World Triathlon Series in March.

If Katie, who turns 27 in June, reaches the podium at the Yokohama competition in May, she’ll earn the final spot on the U.S. Olympic Triathlete team that will compete at the Olympics in Rio de Janeiro in August. “It’s kind of surreal to think that I have an opportunity to make the Olympic team,” says Katie. Two of the three spots on the women’s team have already been filled and Katie is the favorite for the final spot. Even if she doesn’t make a podium appearance at the Yokohama qualifying event, she still has a strong chance for the Olympics based on USA Triathlon’s point system. Still, she has enough respect for the sport and her teammates not to consider it a sure thing yet.

“Knowing we have such a strong team of American girls, you can’t really count anyone out of that spot either,” says Katie. “But it’s nice to know last year I was on the podium six times and that gives me a little confidence that I can do it again.” Fans of international sport often get caught up in cheering on their country’s team to win medals. And while athletes certainly aren’t immune to that, one of the open secrets of international competition is the perk of meeting like-minded people from all over the world.

“It’s awesome,” says Katie. “One of the neatest things about what we do is the places we get to see and the people we get to meet.”

It’s also a luxury for the Zafereses to train, live, and hang out with fellow athletes who understand what they’re up against. Since January, they’ve been part of a team of 14 fellow travelers and triathletes from around the globe, informally referred to as the JFT Crew, for their renowned international triath- lete coach Joel Filliol. The elite squad’s members hail from Spain, South Ameri- ca, the Czech Republic, the Netherlands, Germany, Austria, Belgium, Canada, Australia, and the United States. 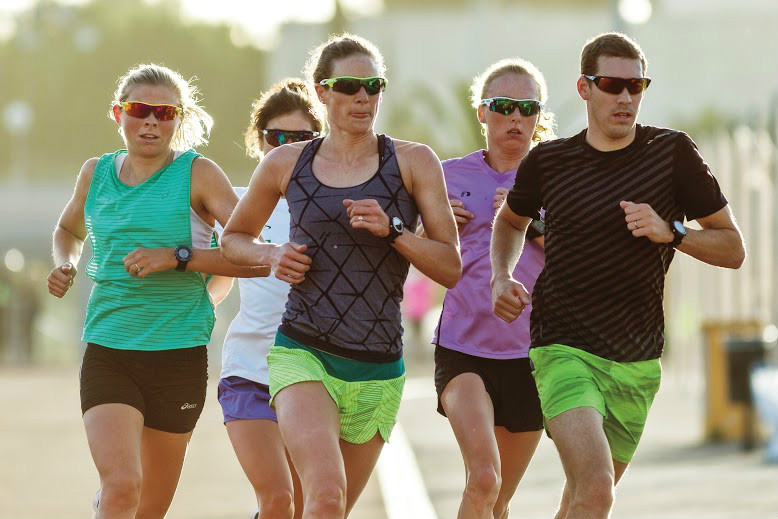 The couple that trains together, stays together. Tommy and Katie met on the international triathlon circuit and were married in La Selva Beach last year. (PHOTO COURTESY: Tommy and Katie Zaferes)

“I [always] look forward to re- joining the group. It’s way easier to be motivated when you have your coach and your whole group surrounding you,” says Katie. “You’re with a group of people who understand what you’re doing, what you’re going for, why you’re not going out, why you’re not doing anything else except eating, sleeping and training.”

Tommy, who will be 30 in May, also relishes what he describes as an incredible opportunity “to see the world and experience so many different things in such a short period of time.”

But for all of their athletic achieve- ments and the many places they’ve been blessed to visit, if asked they’ll each say without hesitation that the best thing that’s ever happened to them on the triathlon circuit was meeting each other. Because besides being the sport they both decided to pursue professionally, competing in triathlons is also how they met and fell in love.

Tommy was a swimmer before he was a triathlete, racing 16 years for the Cabrillo Threshers swim club and then, when he was old enough, for Cabrillo College. He surfed and he skateboarded, but those both took a backseat to swimming. His talent took him all the way to the 2008 U.S. Olympic qualifiers before he decided to focus on triathlons, which he became interested in through a friend. After twice competing in the Santa Cruz Sentinel Triathlon, Tommy turned pro in 2010 and went on to achieve three top-five ITU Continental Cup finishes in his professional career, which ended in 2015.

Katie grew up in Maryland where she played soccer and lacrosse, and also swam. When she quit lacrosse, she took up running to stay in shape for high school soccer. She excelled at it and won several state championships. She first got involved in triathlons by participat- ing in the South Carroll Tri-to-Win Triathlon in Maryland each Father’s Day with her dad, from 2007 to 2010.

She enrolled in Syracuse University and ran competitively there on a scholarship. That’s when the recruitment arm of USA Triathlon contacted her: With her Division I experience in running and her background in swimming, she was a strong candidate to run triathlons professionally. She decided to go for it.

In 2013, Tommy and Katie were both in Tiszaujvaros, Hungary to compete
in the ITU Triathlon World Cup, which among other things is known for its leg- endary after-party, where they met.

“I don’t drink alcohol—I haven’t drunk since 2009—so I wasn’t planning on going,” says Tommy. But his room- mate convinced him he couldn’t miss the most talked-about party on the triathlon circuit. “Katie was there, so I ended up hanging out with her. And we ended up talking all night and then never stopped talking after that.”
Katie adds, “Meeting Tommy changed my life. After meeting him, he was someone I didn’t want to be without. We had spent mainly just a few hours in ‘Tivy’ together, then we were both on planes to different places, so it was kind of cool that it all ended up working out.” 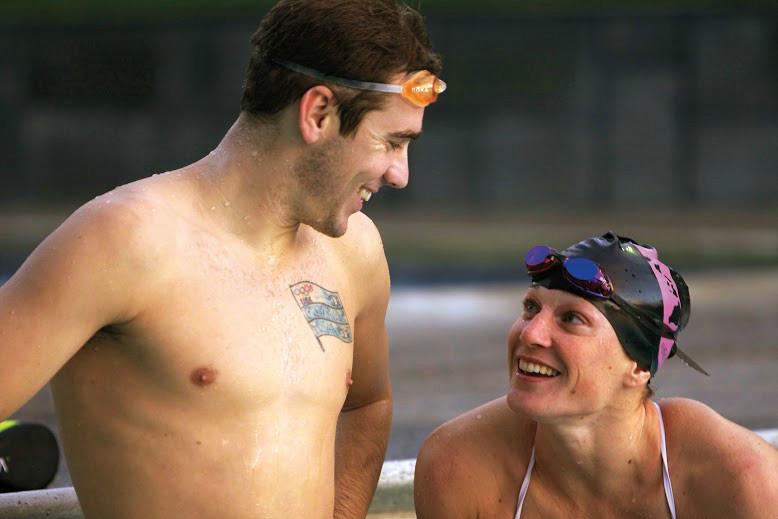 In January 2015, Tommy and Katie got married on a bluff overlooking La Selva Beach. Katie is now a Santa Cruz convert and they both enjoy training together in the local scenic environs for the three months they live here in the off-season.
“For swims, running sessions, and bike sessions it’s nice to have someone stronger than me in everything,” says Katie.

When Tommy stopped competing professionally last year, his circuit funding also ended and the couple faced a financial challenge to stay together during the nine months Katie travels to train and compete each year. In a development that makes them both very happy, Tommy was able to secure a job marketing and developing products for ROKA Sports that allows him to attend many of the same races in which Katie competes.

For Katie, Tommy’s job means that not only do they still get to travel together, but she also gets to retain her favorite coach and training partner in the world.
“When we were in Santa Cruz Tommy was with me pretty much on ev- erything, except for a few small sessions where I had some me-time,” says Katie. “He kind of downplays his importance to me with training, but he helps out a lot.”