Sometimes change is imperceptible. It’s like when you’re working on something and it just doesn’t seem to pan out. You’re just going through the motions. Just paddling out and doing the same thing. You catch waves and go straight down the line as to not waste the wave on trying something new. The waves seem like a scarcity in the way you’re doing it. Then one day it clicks. Your muscles are strong from paddling. Your breathing is better adapted, and you can stay out longer given any time constraints. You’ve taken the steps to make yourself better at something you love. Your stance is more relaxed, your wave selection becomes more in tune with ability, you’re sitting on the peak instead of on the shoulder. Something clicks and you realize that waves are not a limited resource anymore. In one session you jump to another level.

Sometimes change is like a brick through an old Honda civic window at a punk rock show. It just happens and it shatters your old paradigm of how things work in your world. Not that it was an act of vandalism…in fact it was the lead singer of the bouncing souls that needed to get into his car. My buddy helped him out.

The latter of the two can be completely disconcerting. Kinda like moving across country. Granted, the planning is relatively arduous and time consuming so we knew the change was coming. It wasn’t like losing a loved one out the blue. But the actual reality of being in Santa Cruz proper for the first time and realizing my core group of friends and family were now more than three thousand miles away was a bit troubling. And not having a steady job or money coming in was a bit disconcerting. It came like a big shock once I was here, much like the brick through the window. It was all dream up until this point and now that dream was a reality. 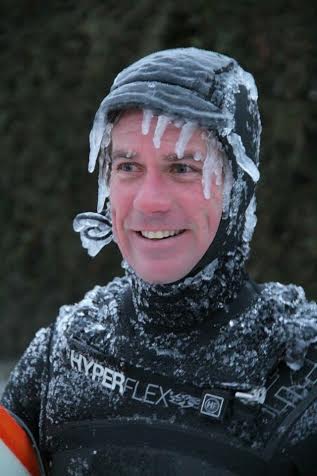 We moved to santa cruz as a family last august. It has been a whirlwind of change to say the least. Out of the frigid midwestern city of Milwaukee we came.
If you’ve never been there let me paint a quick portrait of it. The summer months are a blast. Damn near every night and definitely every weekend there is something to do in that city. Whether its an outdoor concert, patio pub crawl, softball games, soccer for the kids, beer and wine tastings, street festivals and an ethnic festival each weekend. But when the last leaves drop off the urban forest canopy in late October, a chill sets in that leads to a bitter cold all winter. and a cloud cover rolls over the city that seems to last all winter long. Milwaukee is an industrial city that sits at the middle area of the southern tip of Lake Michigan, just above Chicago. The weather ends up being cold grey most of the time. The snow banks that sit off to the side of the road tend to turn black from exhaust and oil from traffic. Its an area of the country that sends people indoors for about 7-8 months. A hardy soul can embrace that climactic shift and make due with what’s given. But most folks head indoors and gain a bit of weight to stave off the chill. We also tend to lose most of the melatonin in our skin and become nice and pasty white.

With all the fall and winter storms that come through the midwest blowing leaves off of the trees and stripping them bare, and throwing the tumultuous amounts of snow that blanket the entire area. Comes low pressure systems that create the wind necessary to bring swell to the great lakes. This is the surf season of the great lakes and where those hardy souls find the drive to get amongst it.
There is 4,530 miles of U.S. coastline for the five Great Lakes. And 1,640 miles of that 4,530 belongs to Lake Michigan, where I lived. Thats a lot of uncharted territory to look for waves. Its truly one of the last frontiers for surf. 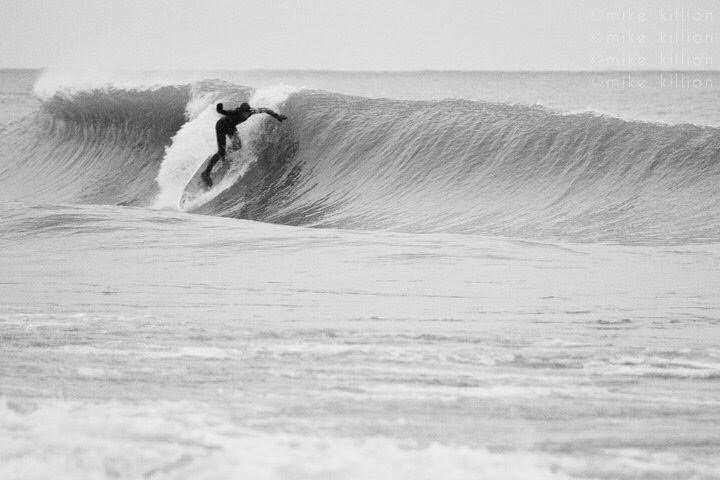 If you’ve never seen lake surfing, you wouldn’t believe it. The adage that is most commonly uttered is “you can’t surf on a lake!” But you can, and people have been doing it since the 60’s. And there are some rippers. Its fresh water so it’s obviously less buoyant than the salty stuff. And because the swells usually lack a decent punch a thick longboard is usually the order of the day. Not everyone rides logs on the lakes but it helps get wave counts up. And you’re basically covered in 5-7mm of rubber from head to toe. Always see if you can consciously touch your middle finger to your thumb to check for hypothermia. Granted that might be a wives tale, but its one Ive used.

I was a fair weather lake guy. Some fellas I know are pretty core and they go out all winter long. That is until the shore gets too much ice on it and it becomes dangerous. And by ice, I’m mean ice shelves. The things gather girth and height by the minute if the temperature is in the teens and the water is pounding from storms. I’ve seen them grow up to 15-20’ towering above the frigid water.
My last sessions were usually around Thanksgiving. The temps on those late November days are around 20 something F air temp with a wind chill in the teens. Water temp hovers around 33-34, right above freezing. Raglan NZ is one of the longest lefts in the world and I rode that years ago, albeit not real well back then. But, the longest ride of my life until now, was in Sheboygan WI. From the elbow of the marina all the way into the beach. It’s a long ride, not too much as a shapely wave, but fun none the less. 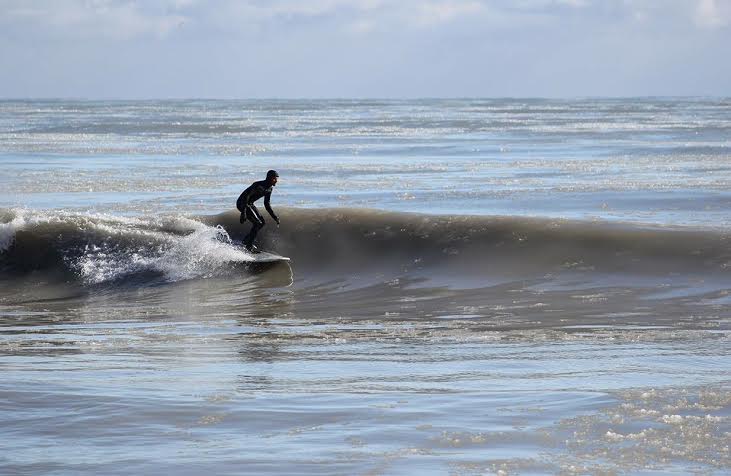 But it does get good over there and there are some guys that are really chasing it and giving it the fire it needs to build a community. The swell windows are very short considering the time it takes for a storm to pass over the lake is pretty small compared to the fetch of an ocean swell. So the window can literally be a few hours at any time of the day. These guys chase it up and down the coast line of the lakes looking for the right conditions. Basically like the forbears of surfing did along each coastline that has ever been explored. It is the dawn of exploration over there. There have been folks doing it for years, but with the advent of quality wetsuits and gear it’s becoming more accessible. I met a guy here at platforms the other day that comes in from Michigan to buy boards and sell back on the lakes, and he can’t keep up with stock.

I’ve found in any community that where surfing is the focal point, the camaraderie in the water can be amazing. Sometimes not, but bonds are made a lot of times. I think it all depends on the attitude you take into the water also as to how you interact with people and how they interact with you. Maybe that’s from surfing on the lakes or maybe just a midwestern thing.

But man, I’ve met some amazing folks in the water. Actually most of the people I call friends here in Santa Cruz were met in the water. And everyone has their story. We all do. I’m amazed at some of the topics we cover sitting out there waiting for waves. Some are more heart wrenching than others, some are just regular day to day things. But even the regular stories seem more ecstatic because we’re sharing them out there. In the ocean between sets. As humans we’re all going through something. Whatever that something is, it’s good to remember that we’re in a constant state of flux. Pretty much the same as the ocean, tides rise and then recede, swells arrive and then fade.

Big change involves big risk. Risking it all on a dream to come to a place that provides the time and swell energy that will make surfing a daily endeavor has shifted my old paradigm of how things should be, unfathomably. Family life, financial endeavors, friends and community have all shifted, and not all for the better. And I know on the other side of the tumult is growth, but it’s hard to see the forest through the trees sometimes. I guess it’s my time to pay the piper and look at what chasing dreams really cost.
It’s been an experience coming from the icy waters of Lake Michigan to the cool waters of Monterey bay. And I’d like to thank the surfing community for welcoming me to Santa Cruz. 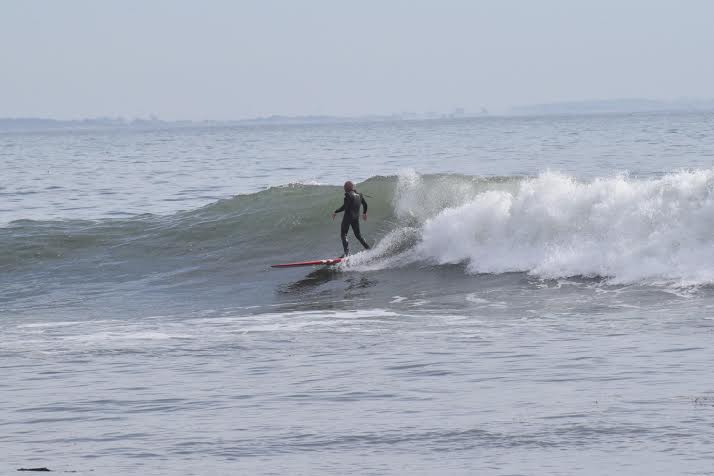