On the first Saturday of February, when the swell had died down and the first warm weekend of winter set in around Santa Cruz, dozens of locals peeled off their jackets and sweats, waded into the surf on Main Beach–some tying ducks to their ankles–and dove in to the 53-degree water for a mile-long swim around the wharf. 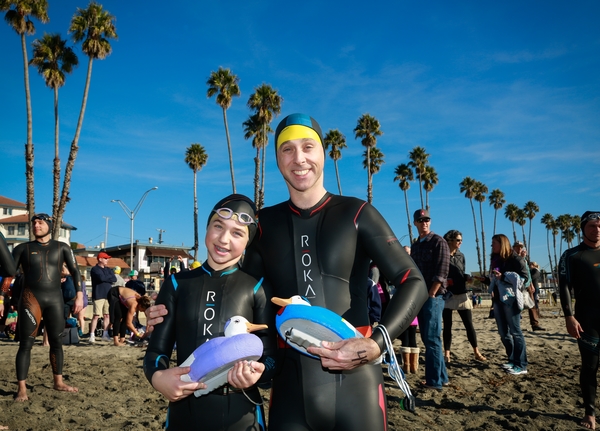 Will Swim For Food started in 2010 as a message on a flyer that Plantronics employee Nick Alaga posted around the office. A veterans’ group at the Santa Cruz company was donating to Second Harvest Food Bank’s holiday food drive and Nick wanted to do his part, but at the time he didn’t have much cash to give. So he asked himself what he could do, and with some open-water swimming experience under his belt, he decided to challenge himself to a mile-long swim and seek sponsors to donate to the Food Bank in his name. (And he did the swim in winter because, hey, it’s a bigger challenge.) 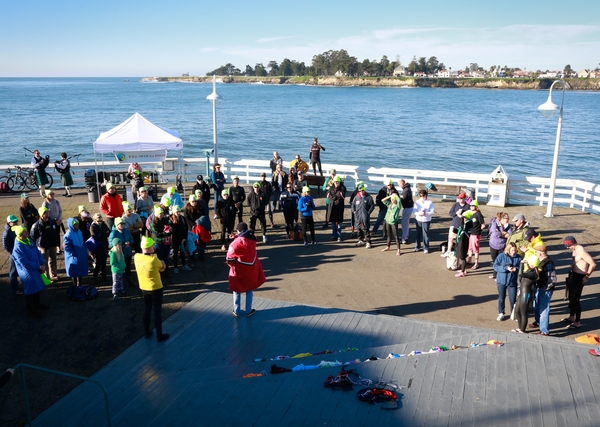 Nick blew way past his $200 goal that first year, and it seemed clear that Will Swim For Food would become an annual Santa Cruz tradition.

This year, dozens of swimmers raised money for Second Harvest in Santa Cruz County and other food banks around the country and around the world. For many, it wasn’t their first winter circumnavigation of the wharf. You could see the event’s iconic yellow duck (with Santa’s hat) on swim caps and jacket patches, and some swimmers even towed a few full-size plastic ducks behind them, after dolling them up like pop diva superstars, of course. 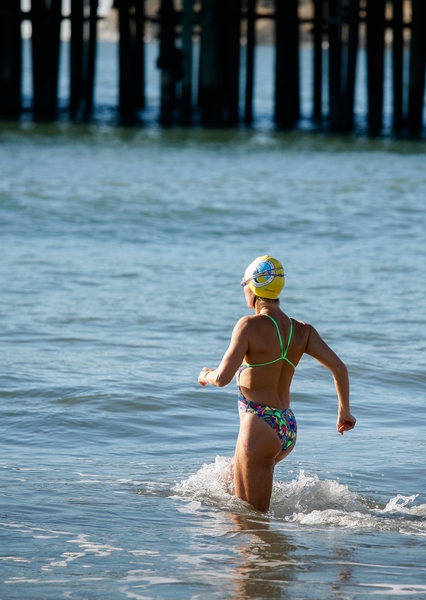 It was an all-hands-on-deck event. Beyond the brave swimmers, who ran the gamut in age and experience, there were volunteers handling every aspect of safety and logistics, bagpipers who led a procession down the wharf to the water, lifeguards ready to jump in at a moment’s notice, and supporters on paddleboards and in kayaks paddling ahead of the swimmers as pilots.

Everyone who challenged themselves and took the plunge finished the cold mile swim, and the fun and camaraderie continued long after the last swimmer emerged from the waves and joined the others on the beach. The participants raised the equivalent of 57,836 meals for Second Harvest Food Bank Santa Cruz County and supported the work of many more food banks beyond the Monterey Bay.

No doubt Nick, the swimmers—and the ducks—will be back in the water next year.