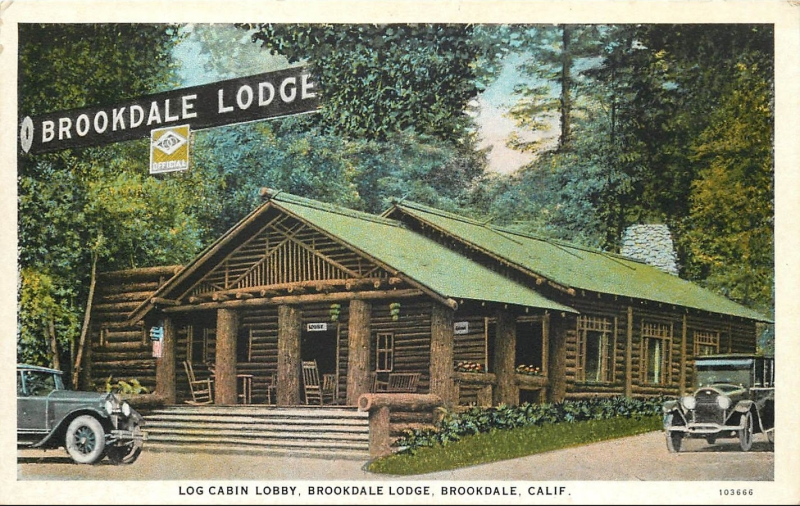 … Reality was (almost) better than the rumors at the Brookdale Lodge?

A little girl died in the Brook Room and haunts the lodge, giggling and running through the hallways or mournfully searching for her mother. When they weren’t torturing victims in underground passages or the infamous “meat locker,” mobsters sat around the Mermaid Room bar peering through the aquarium glass to select from a bevy of call girls swimming naked in the bi-level pool. The teetotaling owner grabbed unsuspecting patrons’ drinks, smelled them for booze, and tossed forbidden alcoholic beverages into the creek. No, actually the creek was poisoned with chemicals by disreputable employees and all the fish died. Wait … was that before or after President Herbert Hoover would fish in the creek, and ask for his catch to be dished up at his table? And when exactly was it all destroyed by an arson fire?

Due to plentiful coverage in the media and no shortage of interesting true-life events, the San Lorenzo Valley’s Brookdale Lodge is shrouded in a rich cloak embroidered with rumors and legends, most of which are unconfirmed.

For instance, there’s the issue of Sarah Logan—allegedly the young niece of original owner James Harvey Logan—who was said to have fallen and died in (and then haunt) the Brook Room. No one has ever been able to prove her existence, however, and the famous Brook Room, with its fancy Victorian gables and redwood trees growing through the roof, had not even been built during her uncle’s tenure. Then there’s Dr. F. K. Camp, the Adventist physician who owned the lodge after Logan (and who built the Brook Room in the 1920s), and who was indeed a rabid teetotaler. But he was also responsible for the “heyday” of the lodge, cultivating a sophisticated mix of U.S. presidents, movie stars, mobsters, and international political bigwigs, so it is highly improbable—in fact quite unbelievable—that he would have endeared himself to such lofty patrons by high-handedly snatching, sniffing, and dumping their drinks of choice.

During the 1940s and 1950s, the Brookdale Lodge entered an undisputed period of decline during which mobsters and criminals became the predominant visitors. This gave rise to the stories of secret rooms, underground passageways, mermaid escorts, bodies buried under floorboards, and the infamous meat locker. The only confirmed underground passageway was one that went under the road and had served as the hotel’s original entrance; it was assumed to be used during this period for gun running, bootlegging, and more, before being either filled in or shut (accounts on that vary). 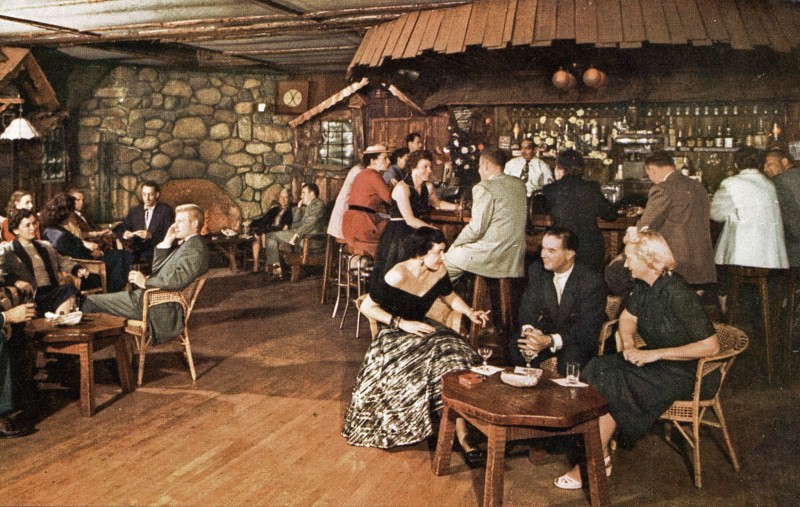 Dr. F.K. Camp … was responsible for the heyday of the lodge, cultivating a sophisticated mix of U.S. presidents, movie starts, mobsters, and international political big wigs.

And all of the other dishy tidbits? Like most good mob tales, they make for tantalizing hearsay, but any concrete proof is now swimming with the fishes … in the brook, which incidentally—whether poisoned by confiscated drinks or by disgruntled, chemical-dumping employees—has never proven uninhabitable by aquatic life and still runs above and below the property with the usual vigor. 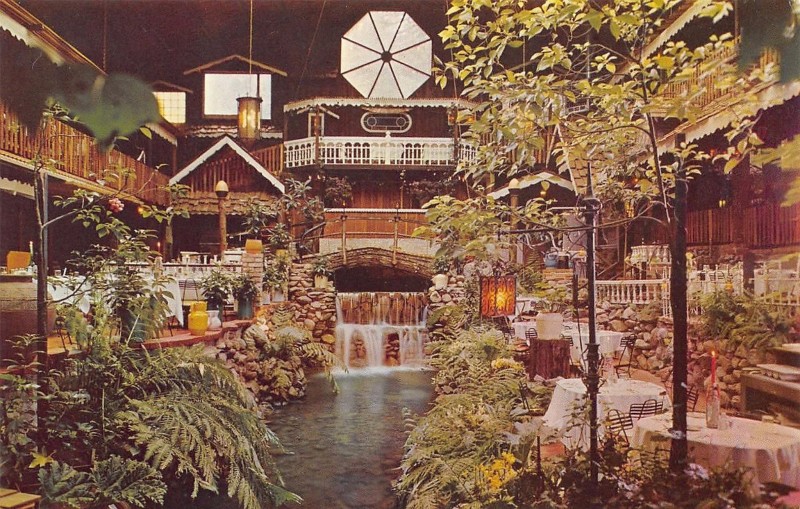 The legendary Brook Room was said to be haunted by the ghost of a girl who died there.

With the end of the mobsters reign in the late 1950s, the Brook Room mysteriously burned, and in the 1970s, the tragic drowning of a 13-year-old girl caused the closing of the famous swimming pool, depriving the Brookdale Lodge of its two most remarkable (real) claims to fame. After that, the historic property seemed to be in a sad free-fall— changing hands and names several times while struggling through closings and re-openings and a string of devastating events: suspicious fires, tax problems, wrongful death cases, fraud, civil suits, and more.

A new rumor surfaced in mid-2014 when things could not have looked more bleak for the beleaguered lodge, which was shuttered, crumbling, and abandoned behind sagging fencing: The Brookdale Lodge had changed hands once more and might be restored and reopened. Local hoteliers Pravin and Naina Patel, who own three other hotels in Santa Cruz County, did indeed buy the Brookdale Lodge and have already begun a massive restoration project. They hope to preserve and advance the historical integrity and glory of the lodge, bringing it back to its former splendor and once again providing jobs, commercial spaces, hotel rooms, apartments, and a fabulous place to see and be seen in Santa Cruz County.

And the current rumor? It will be opening soon.

13 comments on “Remember When: The Brookdale Lodge”