The Telluride Mountainfilm Tour at the The Rio Theatre explores the Indomitable Spirit in 17 films. 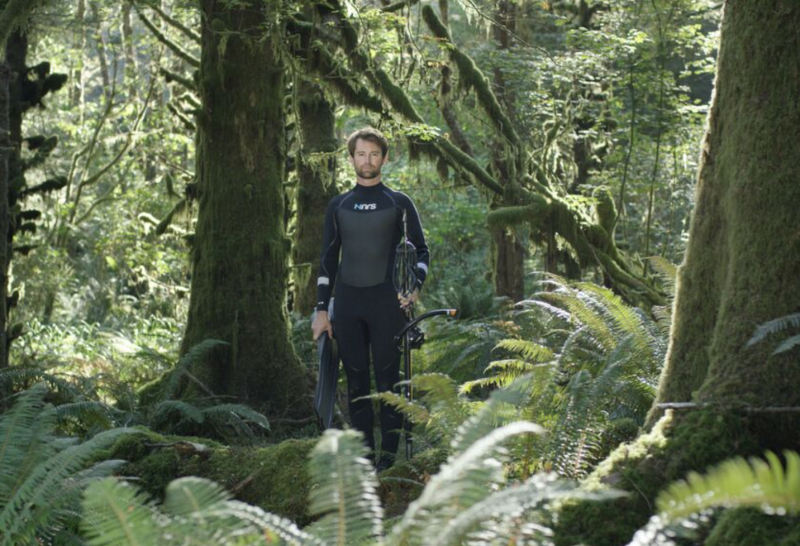 After being told by doctors that he would likely not live to grow old, Hayden Peters found peace and happiness through the ocean.

In an early scene of “The Coast,” a short film to be featured at the Telluride Mountainfilm Tour on Friday, Nov. 13, at The Rio Theatre, we float through a misty, tranquil forest, populated by enormous moss-covered trees—the scene suggests a majestic serenity that muffles out all of the complications that humans have a way of bringing to the table. There, the camera angles down on a young man walking, a knit cap pulled tight over his head and a surfboard tucked under one arm, looking very small among the towering woods.

The person is Hayden Peters, a man just shy of his 30th birthday who has learned from his doctor that he likely possesses a rare hereditary disease that will likely cut his life very short. The doctor, he explains, has advised him to not have children, so as not to pass on the condition.

The film, which is just under seven minutes and shot along the Oregon coast, tells the story of a man confronting an end-of-life prognosis, and finding peace through experiencing the power of the ocean—surfing, kayaking, diving, and simply being present with it. Through his connection with the sea, and the three months’ time he spent waiting for a final diagnosis, Peters learns what truly matters for him in life, and how to fully appreciate the time he has.

“I think my problems are so big, awful, terrible, and I get out to the ocean, and I think, well, my problems are tiny,” he says. “They’re minuscule compared to what’s going on out here.”

“Life gets messy. Things don’t work out. Big things happen. I get stressed, I get anxious. And the ocean puts things in perspective for me. It shows me in a very undiluted form who I am.”

The piece is directed by Oregon-based filmmaker Skip Armstrong, who is a close friend of Peters. The two used the experience to tell a story about what we really want out of life, and the realizations that come with confronting what might be the end.

“‘The Coast’ was a simple exploration of why Hayden decided to call it home,” Armstrong tells Santa Cruz Waves. “He and I set aside two weeks and just explored, surfed and cooked great food. The coast is a special place for Hayden and he does a great job articulating why in the short piece. I don’t want to speak for him, but I noticed that the ocean brought Hayden equilibrium. It was a place that he could reset, a place that gave and received energy. A place that mirrored whatever was happening in his life at the moment.”

The Telluride Mountainfilm Tour, which originated in Colorado in 1979, pursues a mission of exploring cultures, preserving environments and promoting adventure, lending itself to a broad range of stories from around the world. This series will feature 17 films, all between three and 15 minutes in length. As a local youth benefit program, the tour will also screen the films free of charge or at a reduced price to local schools, including Branciforte Middle School, Scotts Valley Middle School and Harbor High School.

“These films include our finest adventure, sustainability, personality and social issue subjects,” says Henry C. Lystad, tour director for the film festival. “Each year, I feel we raise the bar by profiling the finest in all genres of films. Filmmakers are definitely upping their game each and every year, which makes for a totally unique offering.”

Check out the short film “The Coast” here

Films to be featured at The Rio Theatre

A Line in the Sand

James Kelly – Burn it Down

The Reinvention of Normal

View from a Pedal Buggy

One comment on “What if you found out you would likely not live to grow old?”