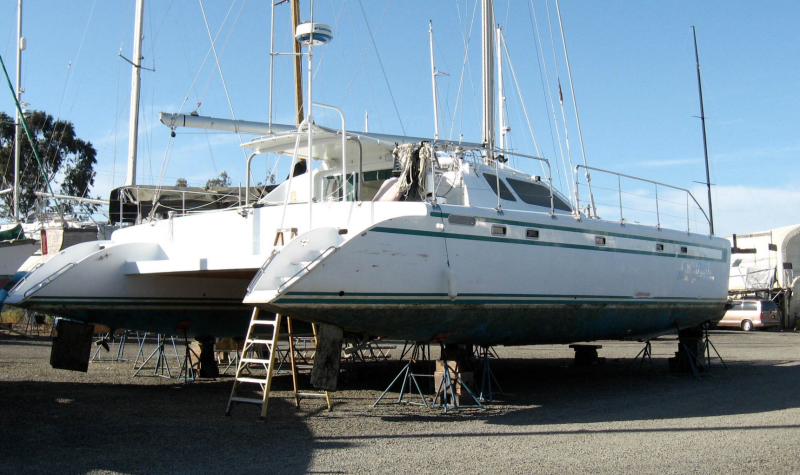 Can a young Santa Cruz-based sailor crowd-fund repairs for a 55-foot catamaran and turn it into a community service vessel?
By Joel Hersch

About 10 years ago, when Kauai native Deyess Kanaloa was living in a tent aboard his 18-foot Hobie Cat near Pleasure Point, he would sometimes watch the water and daydream. Often, he would imagine his ideal sailboat—something he could take to sea—simply drifting ashore, opening a whole new world of possibilities.

“There is so much waste in the world,” says Kanaloa, who grew up in Santa Cruz and is now 27. “I’d see these derelict boats all around and wonder, why couldn’t one just wash up here?”
And then, three years ago, one did. In 2012, not far from where he used to spend his nights aboard his old Hobie Cat, a custom built 55-foot Marples catamaran was pushed ashore near Capitola by winter storm swell, where its twin hulls and propellers were badly damaged, but was overall salvageable.

After tracking down the owners, who had lost the revenue to harbor the boat and were storing it tied off to a mooring, Kanaloa says they eventually offered to pass the damaged vessel onto him. It may not have been perfect, but it was more than Kanaloa ever could have hoped for. And now, he has his work cut out for him.

For the past three years, Kanaloa has invested himself in the boat with the goal of crowd-funding a large portion of the repairs in order to get the boat seaworthy. His aim: to dedicate the vessel for multi-purpose sailing programs, such as marine research and educational youth programs, he says.

“Our long term vision is to provide experiences on the ocean through various adventures and opportunities to explore, surf, and fish in beautiful places,” Kanaloa writes on his web site. “It will also be our mission to give back to the environment by hosting marine ecosystem restorations, including beach cleanups and wreckage removal. We wish to develop partnerships to host youth in educational trips to better understand this big blue marble we are living on.”
With a background working as a marine mechanic, a sail maker, and an assortment of other nautical gigs around Santa Cruz, Kanaloa has been able to do a large portion of the work himself, but the expenses of getting such a large, extensively damaged boat back in action has been a heavy drain, he laments. 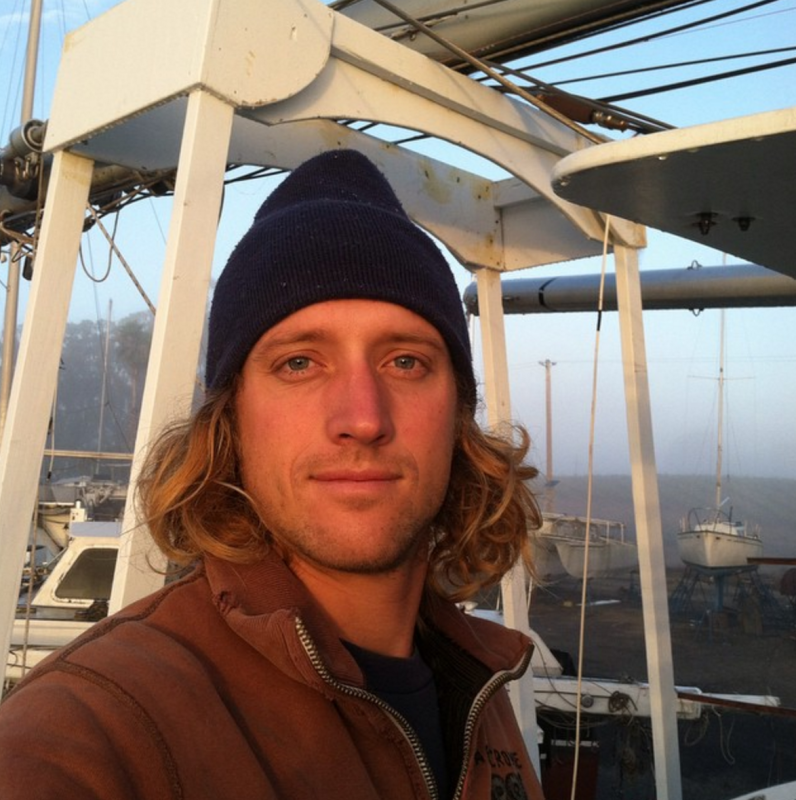 His recent Kickstarter campaign, which expired in the third week of October, aimed to raise $220,000, but only received $6,856 in backing. It was an ambitious goal, Kanaloa admits, but he is not deterred.
The boat, which was built in 2001, features six bedrooms, an expansive deck platform, and two trampoline nets. It is 10 feet shorter than the Team O’Neill catamaran. Formerly known as the The Crystal Blue Persuasion, the vessel will be renamed “Kanaloa.”
Kanaloa is currently working on the boat up north in Napa at Napa Valley Marina, where it’s hauled out for dry hull maintenance.

“I came up the Napa River to get the boat up here and that was quite an adventure,” he says.
The repairs have come along way, but there’s still a long road to go.
“The keels and rudders were both ripped off. The propeller and the shaft were all damaged. Now the hull is repaired, but there are still a lot of little things,” Kanaloa says. “I’m trying to get this boat back to ocean handling condition. I just really want to give it a purpose.”

Kanaloa is seeking donations to complete the restoration. You can learn more and make donations at his web site kanaloasailing.com.