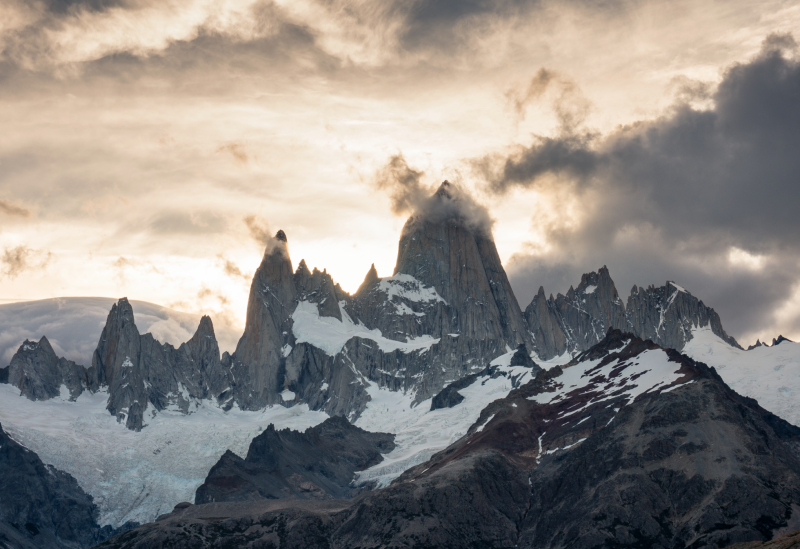 Skyline of Monte Fitz Roy’s jagged peaks, the site of the short film “A Line across the Sky”

The mountains are like towers that shoot into the sky, 5,000 foot faces rising straight out of the glacier, like rows of sharpened teeth. These are the words a couple of elite climbers use to describe Monte Fitz Roy, a traverse of pinnacles in Argentina’s southern Patagonia territory. In their new film, entitled “A Line Across the Sky,” American adventurers Tommy Caldwell and Alex Honnold complete the first ascent of what is referred to as the “Fitz Traverse,” one of South America’s most challenging climbs. The terrain is a harsh, vertical landscape, ripe with “Alpine trickery” that will test even the most experienced rock climbers. The 35 minute film is just one of the five short mountaineering documentaries being shown at the Reel Rock Film Tour, which celebrates its tenth year this evening, Thursday, Oct. 15 at The Rio Theatre. 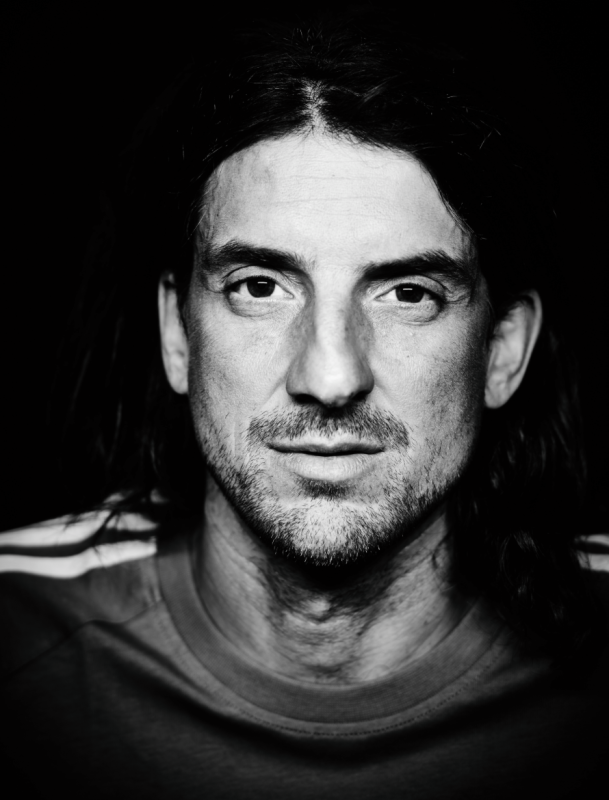 The late Dean Potter, who died in a tragic wingsuit accident in Yosemite earlier this year. Check out the Reel Rock Film Tour to learn more about the man who pushed so many physical limits.

Since 2006, Reel Rock has been bringing the amazing footage as well as the back stories of the world’s most talented climbers. Not to be missed in this year’s lineup is a short film and ode to Dean Potter, who died in a tragic accident in May while attempting a wingsuit flight from Taft Point in Yosemite. Potter was one of the most iconic vertical climbers and extreme athletes of a generation, and an integral part of the Reel Rock film family.

Come check out the show and celebrate the athletes from around the world who push and test every limit supposedly set by gravity.

Check out the trailer for “A Line Across the Sky”