Spring has sprung and Summer is fast approaching. The swell direction has shifted to a more southerly direction, for the most part, and the days between waves seems to grow. The wind has been increasingly present and blows away warm surface waters that then bring up cooler, nutrient rich waters. After getting pretty accustomed to the warmer waters,  we all noticed the change in water temperature. Pulling up our hoods, patching suits, or ditching our suits for something thicker. Recently I have been bringing along a couple of film cameras to snap moments in between taking photos with my normal camera. The photos captured with these cameras are often soft in focus, grainy and imperfect but I think that adds to the moments and is part of the fun. 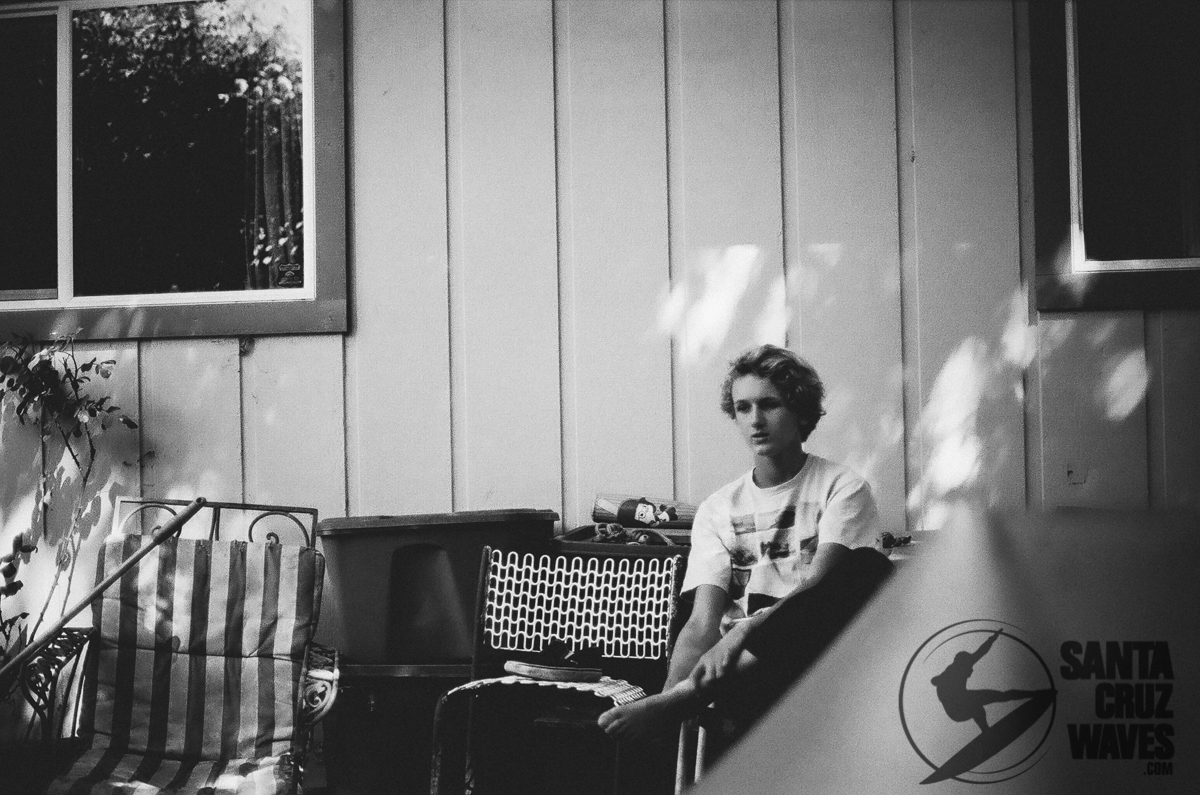 Fisher and I went searching for waves one day and came up empty handed. We decided instead on getting some snaps of him skating his reconstructed ramp. Unfortunately an injury to his ankle ended the shoot which is when I swapped a memory card for film. 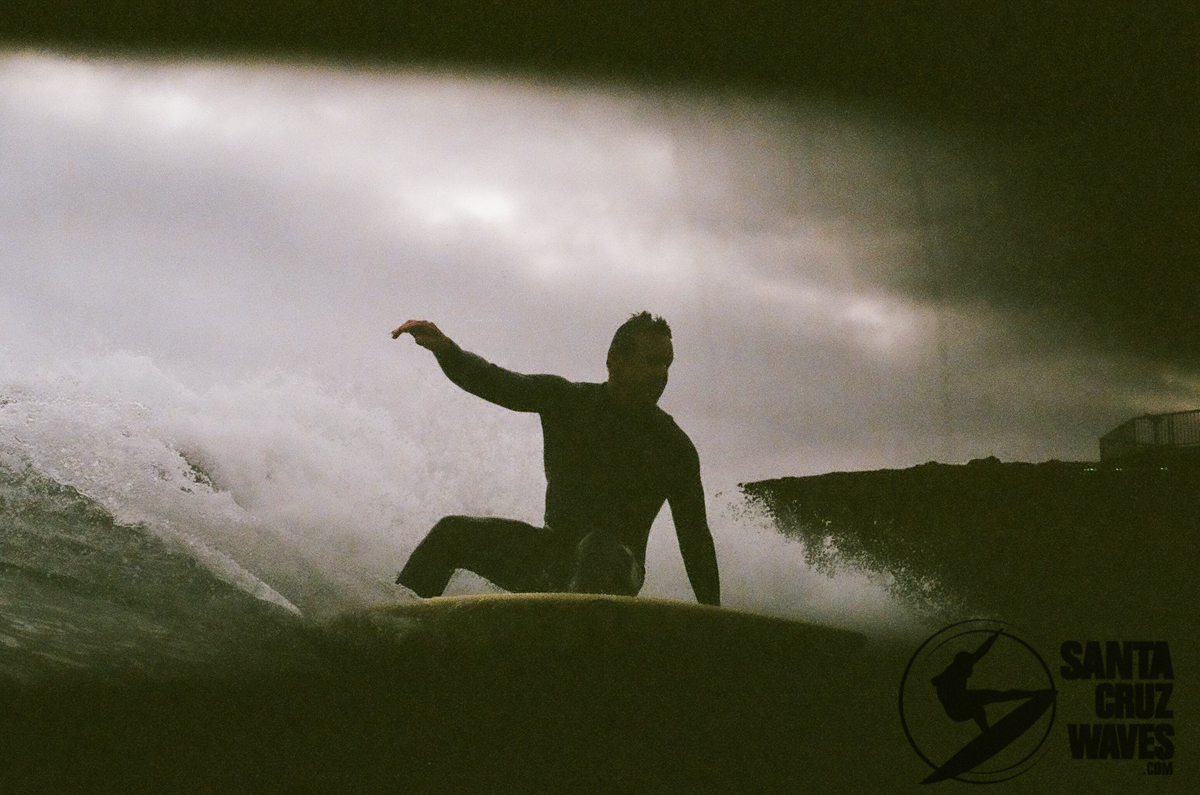 On a particularly gray day, instead of trying to take photos that would inevitably be turned into black and white, I jumped in at Steamer Lane with a small film camera. Mike Dilloughry seen here in one of the snaps. 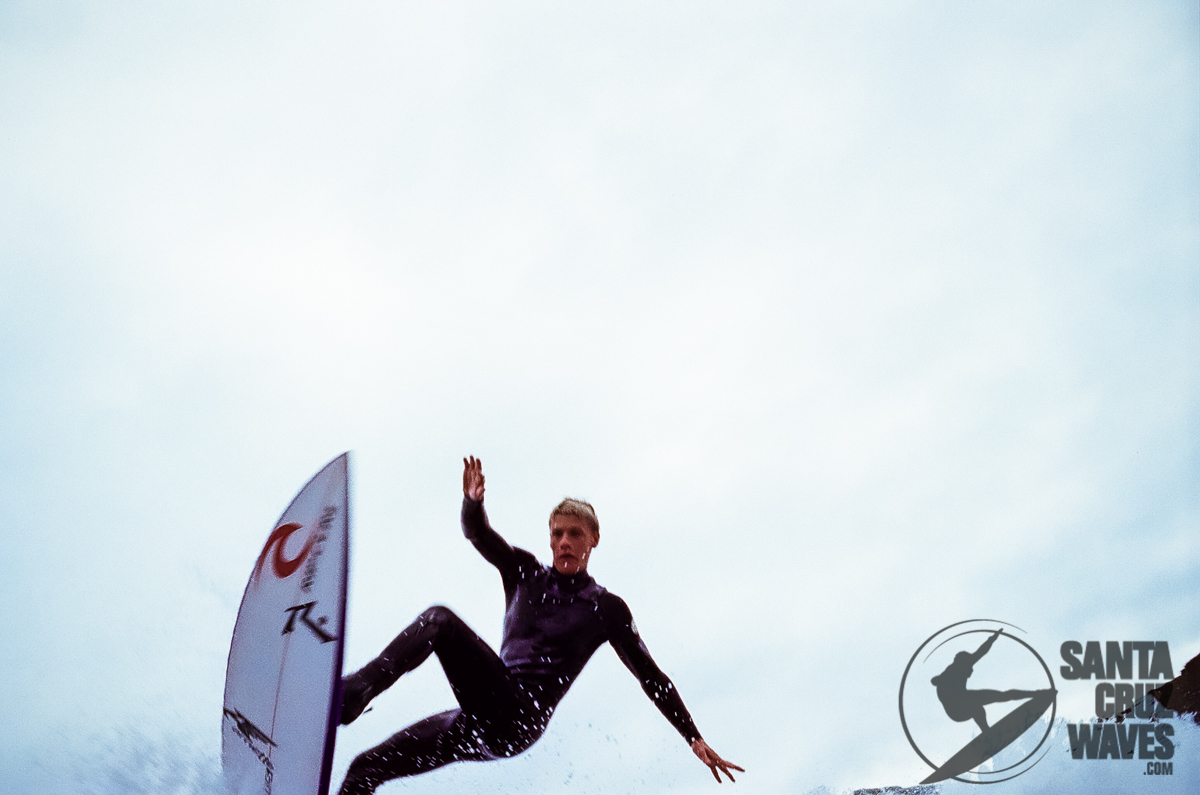 Wilem and I linked up on a couple of waves, unfortunately being this camera’s maiden voyage, with me at least, I didn’t have the timing just right. Snapped this and quickly dove under.

This particular morning, well I guess the entire day, was somewhat frustrating. The waves, pretty much everywhere we looked, were not cooperating. Here’s Willie and Wilem watching and waiting… and hoping. 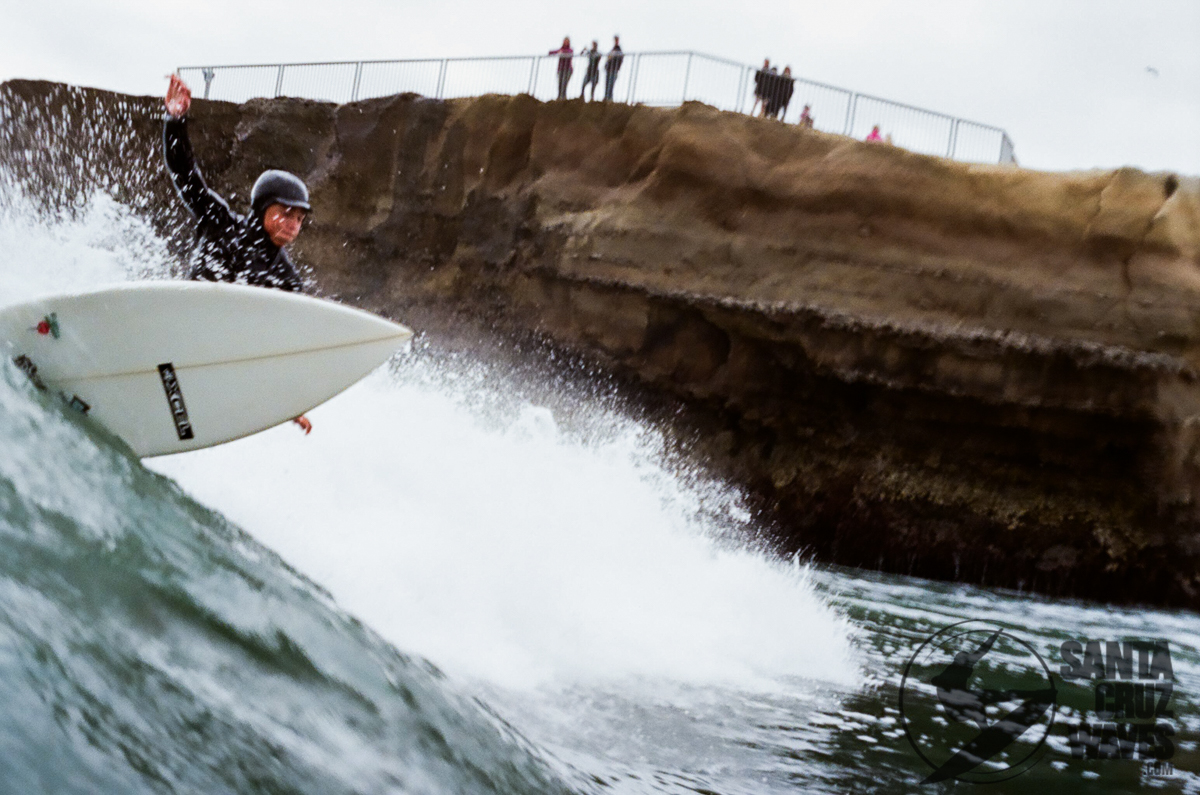 I wasn’t in a good spot for this wave when Colton started paddling for it but with such a small and light camera, I was able to kick my way over and get a little bit closer. 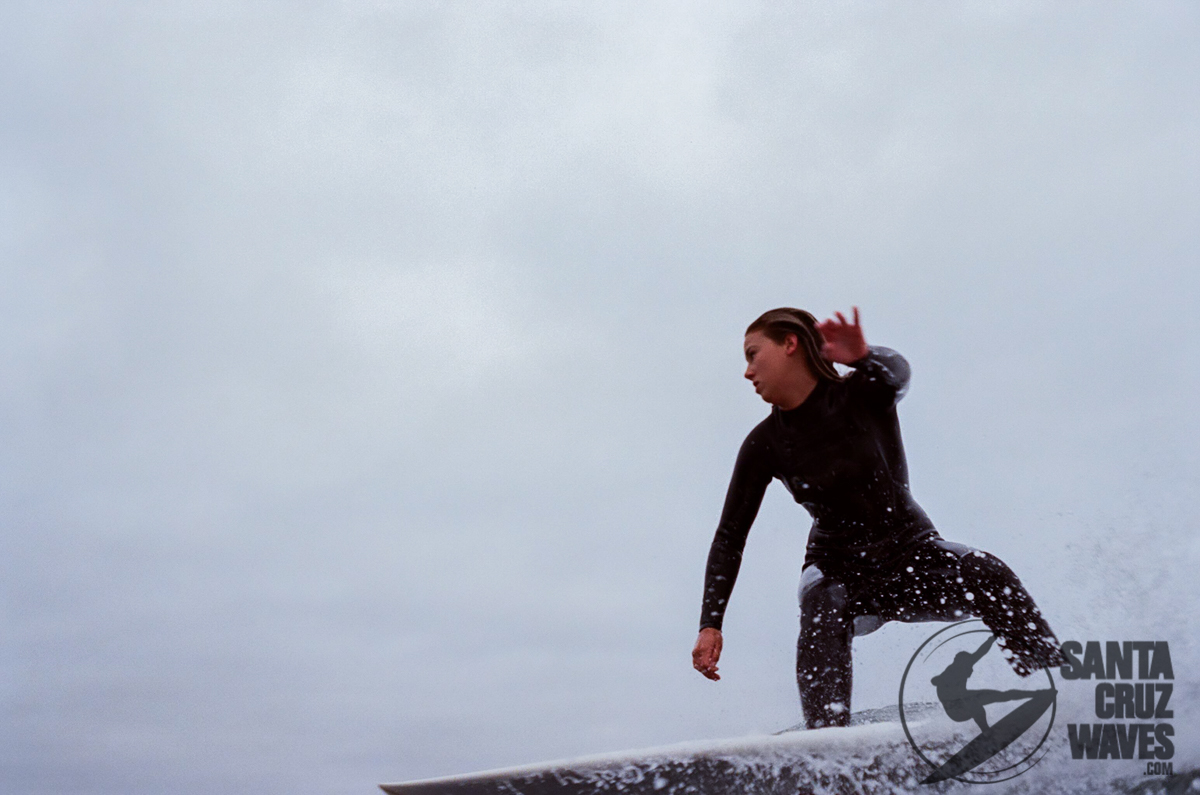 Eden Edwards was out for quite some time this day which is saying something because it was freezing. I was in a 4/3 and by the end of 12 snaps, I was shivering.

Sunsets along West Cliff, what more is there to say? 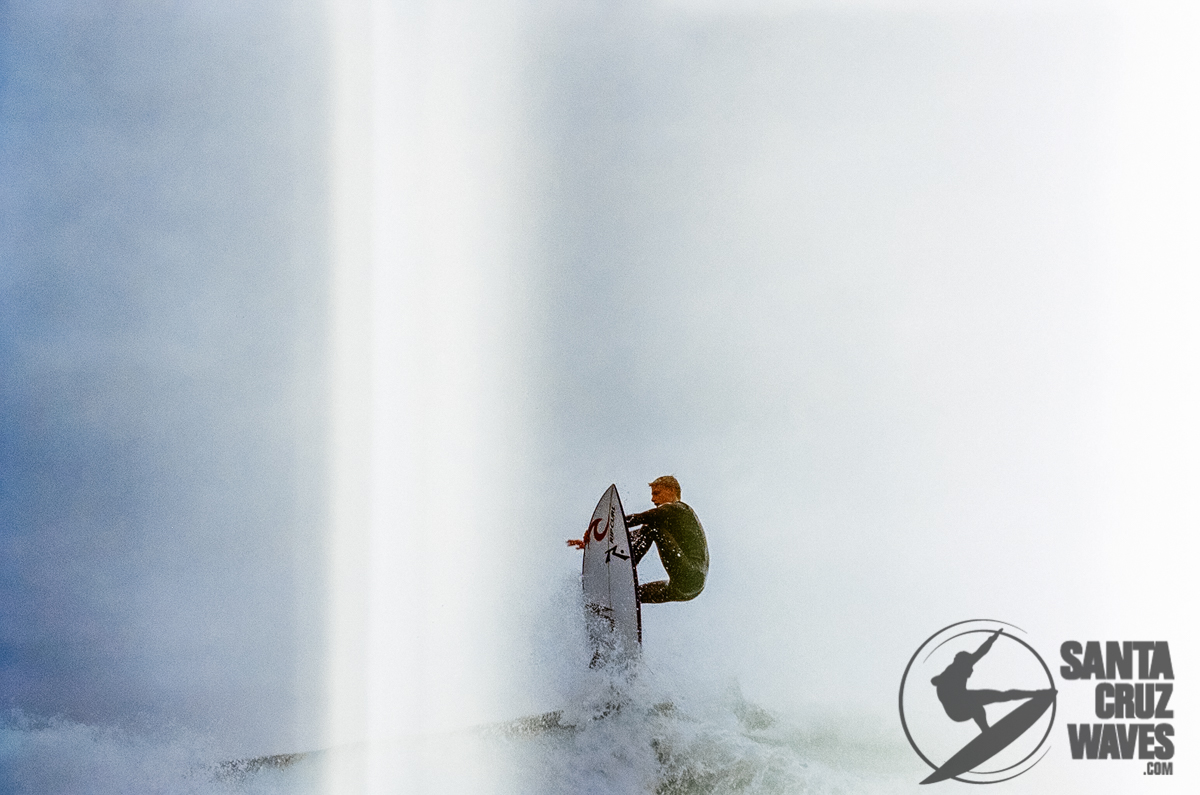 Another one of Wilem. This one with some light leak and or water on the film. Turned out one of the O-rings supposedly keeping the guts of the camera dry ended up being faulty and failed. So the camera is currently in the shop waiting for parts… 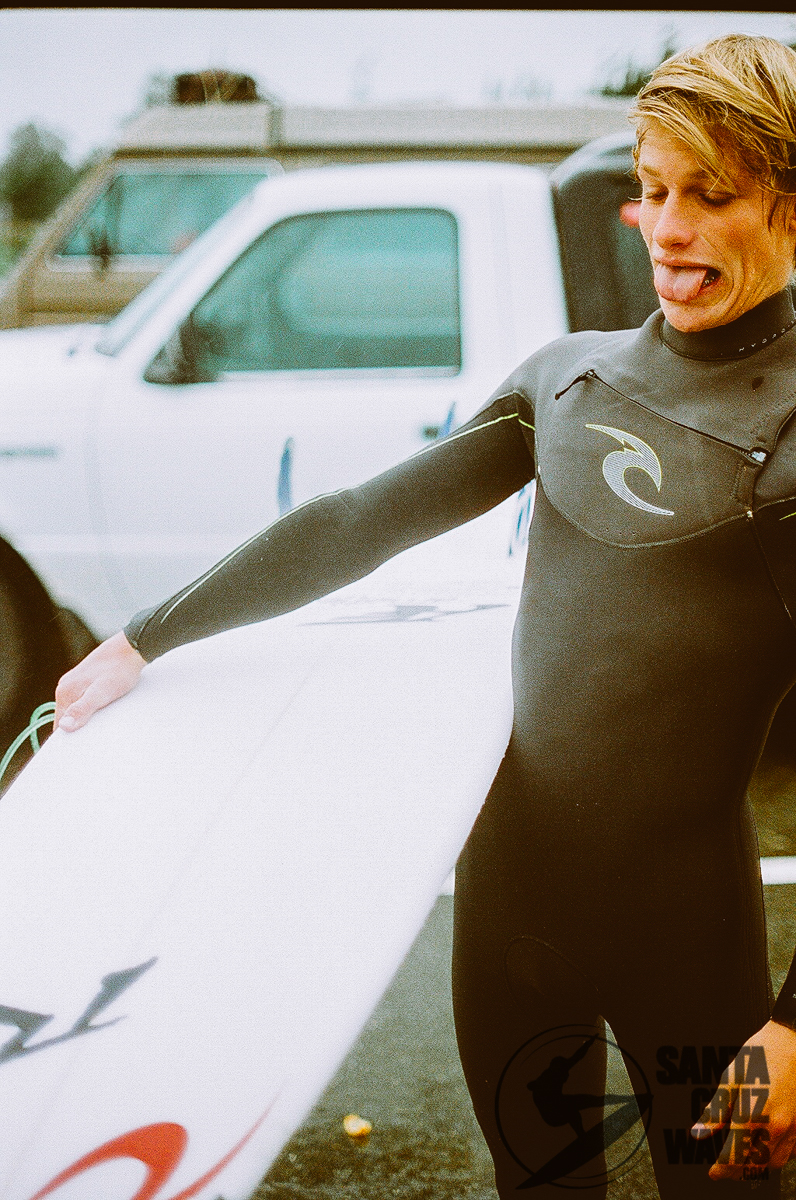 Gray and rainy day. Despite not getting in the water, I was just about as wet from the rain as if I had gone for a swim.

photos and words by Kenan Chan

Kenan Chan is a 21 year old student and photographer with special interest in action sports and nature photography. To see more of Kenan's work follow him on Instagram (@kenanchan) and check out his website at www.kenanchanphotography.com

View all posts by Kenan Chan