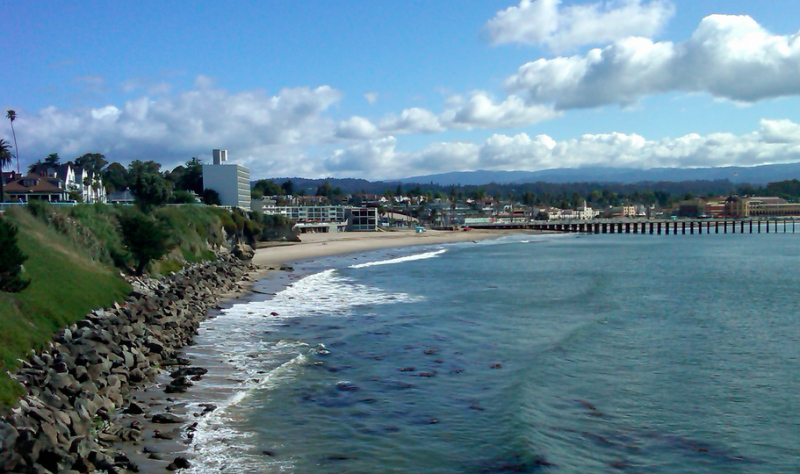 Repeat offenders could be banned from public beaches in Santa Cruz as part of the new “Stay Away” Ordinance.

Should we be sending people to jail for sleeping on the beach? Well, that certainly is a possibility should the Santa Cruz City Council pass the “Stay Away” ordinance next week during their Tuesday meeting. The ordinance, as you can probably guess by the name, would ban individuals who have been repeatedly cited for infractions in public parks and beaches. If these individuals return to the park or beach from which they were banned they can be charged with a misdemeanor, which could mean jail time.

The idea behind the ordinance is to preserve the quality of these public spaces by discouraging anti-social behavior, such as public drinking, littering, and overnight camping. The Council has decided to weigh in on the issue after hearing extensively from both frustrated neighbors and Parks and Recreation staff about community safety concerns. It’s well known that areas such as the Pogonip, San Lorenzo Park, Harvey West, and Cowells Beach are all well utilized for both their intended purposes and unintended purposes, and that litter and public drug use are continual problems.

However, the ordinance has spurred some controversy amongst some of Santa Cruz’s homeless advocates, who counter that sleeping on the beach or in a public park is an act of necessity, because there is simply no other viable option for a lot of people experiencing homelessness. And there is definitely some truth to this, as the local homeless shelter has less than 300 beds on any given night while the County’s homeless population reaches close to 4,000 individuals on any given day. So where are these people supposed to go? Well that’s a question the Council has yet to really answer.

Now there can be little doubt that most Santa Cruzans would prefer to enjoy their parks and beaches free from intoxicated individuals yelling nonsensical things at one another, but at the same time this creates a genuine policy dilemma. Is there a way to discourage this type of behavior without pushing people experiencing homelessness from one public space to another, or worse yet, into a jail cell for sleeping? The latter option is of course questionable policy at best because that leaves tax payers footing the bill, basically turning our jail into a de facto shelter. If that’s the case then we might as well just build a shelter because it would be cheaper and less demeaning.

Yet there are some community voices who advocate for just this, the basic premise of their belief being that if we just make it really really hard to be homeless in Santa Cruz the problem will simply go away because these people will move on. Unfortunately this belief holds little water in reality, as a majority of the local homeless population were living in Santa Cruz before becoming homeless, so they have roots here. Furthermore, no matter how much we try to dissuade people from being homeless in Santa Cruz the problem boils down to two very fundamental and rather unchangeable aspects of Santa Cruz. The cost of living is extremely high while incomes are low, and the weather is fairly mild, making it an attractive place to be if you happen to be sleeping outside.

So again, is there a better way to address this problem? Do you support the “Stay Away” ordinance? Let us know how you feel by voting on the ordinance below (hosted at civinomics.com), or by leaving a comment on it. And if you have any bright ideas about resolving these issues, please let us know by suggesting an alternative idea on the initiative page. The results of your votes and comments will be shared with the City Council prior to the vote.

Click here to vote on the “Stay Away” ordinance.

5 comments on “The “Stay Away” Haze: Parks, Beaches and Behavior”