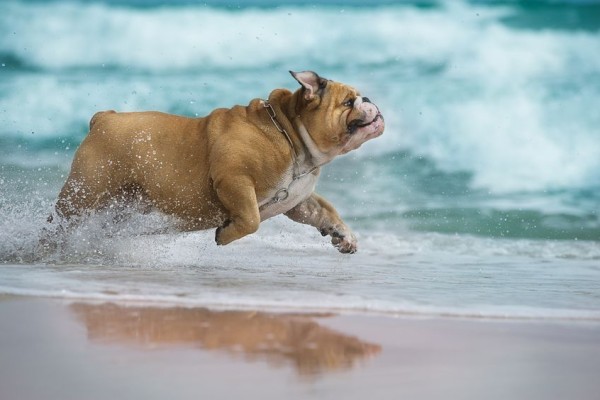 Last month the Santa Cruz County Parks and Recreation Commission recommended that the Board of Supervisors explore a pilot program for off-leash access for dogs on Live Oak Beaches. While there are some beaches in Santa Cruz that allow for off-leash dogs, such as Lighthouse/Its beach, none of the County beaches currently provide off-leash access. Right now, taking a dog off-leash could result in a $300+ ticket, a non-trivial amount of money. The issue has also proved to be one of the most controversial in recent years, having packed public meeting halls and led to the formation of multiple advocacy organizations on both sides of the debate.

At the crux of the debate are two main issues: environmental impacts of off-leash dogs, and dog owner responsibility. Supporters, largely organized under LOOLA (Live Oak Off-Leash Advocates) say: “Daily vigorous exercise that includes unfettered play with other socialized dogs and games of fetch and frisbee are essential in maintaining the health of our dogs. We recognize the needs of others who would prefer to use the beach without dog interaction and feel that off-leash hours would be a fair compromise.” Opponents cite the special considerations needed for wildlife along the Monterey Bay Marine Sanctuary, the potential dangers of unsocialized dogs (a danger highlighted in the May, 2013 attack of a 5-year-old boy at Rio Del Mar), the particular danger to seniors for whom Live Oak beaches are home and for whom being bowled over by a blissed-out beach dog are a real threat, and the impact of increased dog feces.

This same issue was previously heard by the Parks and Recreation Commission last year, though the makeup of the commission was different. At that time the commission voted against a similar proposal that would have just changed leash laws at 20th Avenue beach area, aka 21st Avenue County Park. At the time commissioner Mariah Roberts suggested that the group look into an off-leash permit process, where owners could pay a fee to the County if their dog meets certain safety criteria, though it is unclear how that system would be administered. The status of that suggestion is pending a response from the Commission. Other potential compromises include the potential for “off-leash” hours, sectioning off certain areas of the beach to limit the exposure to local wildlife, or even hiring someone to patrol the off-leash areas exclusively.

The Board of Supervisors has yet to weigh in on the issue, even though it continues to re-surface. Though Supervisor Leopold has been proactively meeting with some of his constituents, hosting multiple town hall style meetings during the month of January, a sign that the Board may be close to hearing the issue. Regardless of the Board of Supervisor’s decision, however, the Coastal Commission would still have to approve changes to the County’s General Plan and Local Coastal Program, which directs the County to protect shorebird nesting areas. Because of these potential effects, an environmental impact report to study the ordinance change could cost as much as $100,000, but it is still unclear if that would be needed.

Should the County vote in favor of an off-leash pilot program? Is there a way to balance the needs of the environment with those of dog owners? Successful off leash dog beaches exist all over the state, but Santa Cruz seems divided. Both sides have merit in their claims, but what is the ideal compromise? Share your ideas and vote on the pilot program below. All of the comments, pro/con statements, and the results of the poll will be sent to the County Board of Supervisors before they consider the issue.

3 comments on “Should Dogs Be Allowed Off-Leash on Live Oak Beaches?”