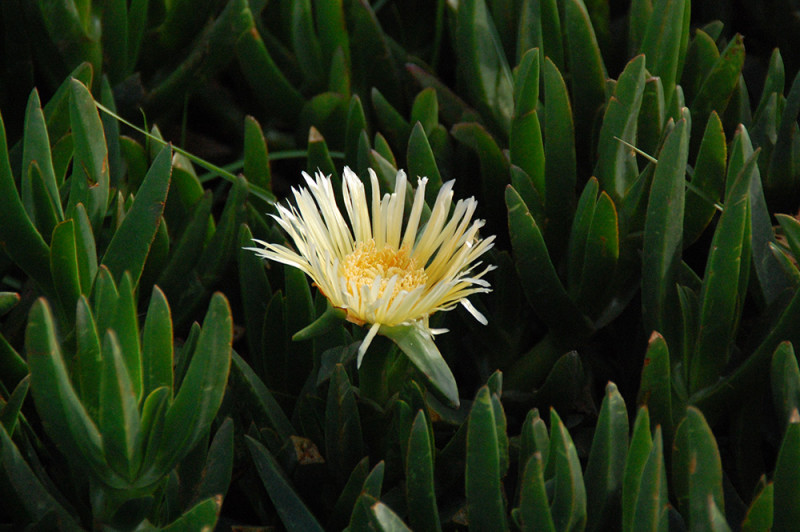 All along the ocean ward side of West Cliff Drive in Santa Cruz, California, you will see only one type of ground cover: ice plant. It is really amazing how homogeneous it is and you see it dominating many coastal landscapes all over California.

Most of the ice plant you see is one species; highway ice plant (Carpobrotus edulis). As the common name indicates it has been widely planted in California along highways for soil stabilization and landscaping. It is a native to South Africa and was originally brought to California in the early 1900s to stabilize soil along railroad tracks. 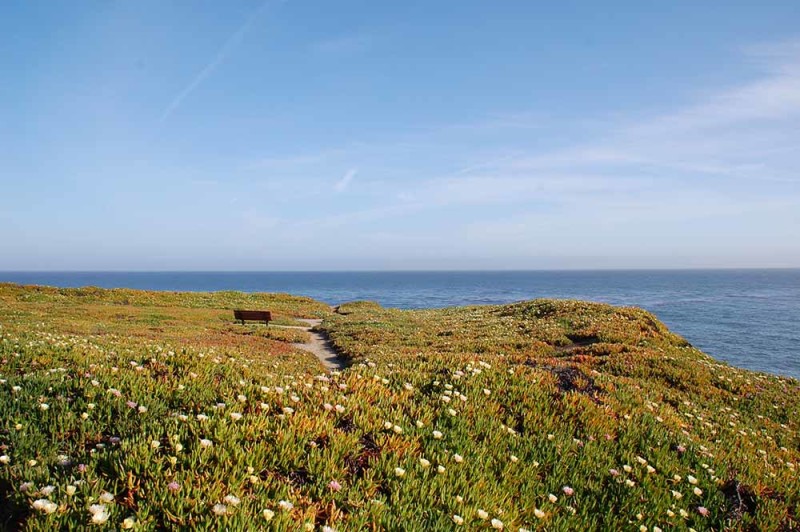 Ice plant is considered an invasive exotic species because it out competes and displaces native plants. Native plants provide far superior habitat for native animals and do a better job of slope stabilization. In fact, the main animal that highway ice plant shelters is the non-native black rat. In Santa Cruz, during winter, water-heavy mats of ice plant slough off steep cliffs and into the ocean, taking with them precious topsoil. 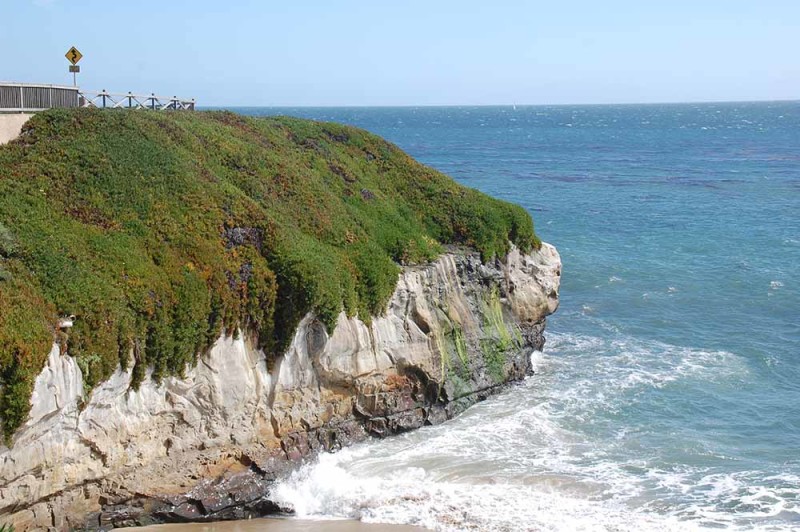 An example of ice plant-covered steep slopes that can sluff.

So is there even one good thing about ice plant in California? Yes. You can eat it! Carpobrotus is derived from the Greek, karpos, meaning fruit, and brotos, meaning edible. The fruits kind of resemble figs (it is sometimes called hottentot fig) and can be eaten raw, dried, cooked, pickled, or made into chutneys and preserves. The succulent leaves can be used in salads, or as a substitute for the pickled cucumber. Please eat it at your own risk-but what a great way to get rid of an invasive plant!

2 comments on “The Best Thing to do with Ice Plant in California? Pickle it!”