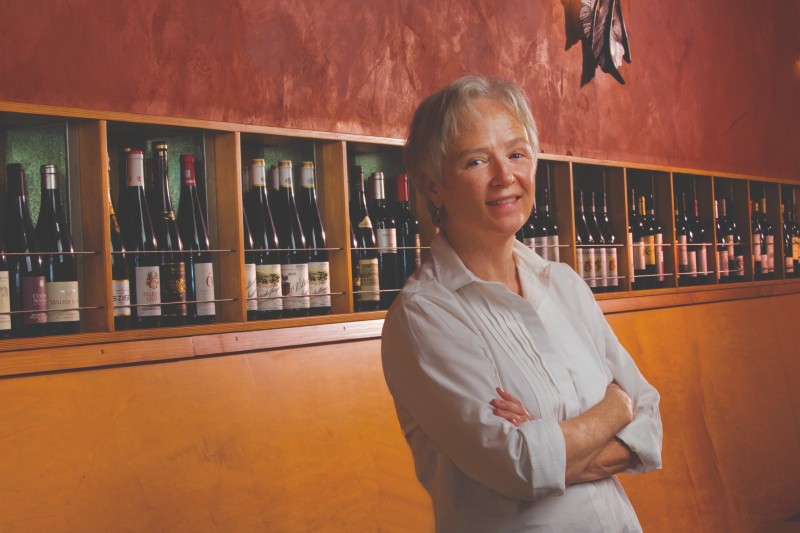 When she was still just a humble winemaker, years before she had an inkling that she would one day open a bar and restaurant, Soif owner Patrice Boyle was fascinated by sustainable farming and fishing practices.

“I always liked the idea of wines and produce that are part of a place, and living in a way that reflects the bounty and idiosyncrasies of wherever you happen to be,” says Boyle.

In 1996, during a wine-tasting trip to New York City with her former colleagues at Bonny Doon Vineyards, Boyle and her fellow winemakers were invited by the “Godfather of Sustainability,” Chef Rick Moonen, to dine at his restaurant, Oceana.

“The dinner completely blew me away,” says Boyle. “It was the first time I had ever heard anyone talking about sustainability, and it completely coincided with the way I felt about wine and how to eat. I thought that if I ever opened my own restaurant, what I served would be sustainable.”

Now that she has operated her own restaurant with a menu driven by local, organic ingredients, Boyle has found a deeper admiration for the practicality of sustainable fishing and farming, but she has also realized that the benefits and challenges to these practices are not always common knowledge.

To educate the community about local fisherman, farmers, and scientists devoted to sustainability, she has teamed up with Anne Kapuscinski, director of the Coastal Science and Policy Program at UC Santa Cruz, to create a four-part dinner and discussion series hosted at Soif.

Because the conservation of our coastal ecosystem is a massive topic too big to consume in one sitting, each of the four dinners focus on smaller, more digestible portions. Each of the discussions feature an expert in the field as well as a local purveyor. The first dinner, now passed, focused on local fisheries, and brought a diverse group of diners in to listen and discuss the local scene with Charles Lambert of Ocean2table and fishery biologist Dr. John Field.

“There were scientists and fisherman there, and it was a unique opportunity for a diverse cross-section of smart people to get together,” says Boyle. “The best part was that everyone who wanted to speak was able to participate in the discussion.”

The next dinner in the series on Tuesday, June 25 will focus on “Farming in the Watershed,” and features Daniel Press of the UCSC Coastal Science and Policy program as well as representatives from Fogline Farm and Route 1 Farms, both regular contributors to Soif’s menu.

“The purveyors we use for these dinners are the same purveyors that we use all the time,” says Boyle. “But we do hope to get a little something special from them for the dinners in the series.”

An event this fall will focus on aquaculture, and the last dinner, in December, will feature one, to-be-determined fish specifically. As Boyle and her chef, Tom McNary, work with local fisherman on a regular basis, they know how much the industry has changed over the years.

“Fishing used to be more sustainable because people were eating some of everything and not all of one thing,” says Boyle. “If people are willing to enlarge their fish world, and find out what is available sustainably, and be informed, that’s huge. That’s part of why we are putting on the event.” 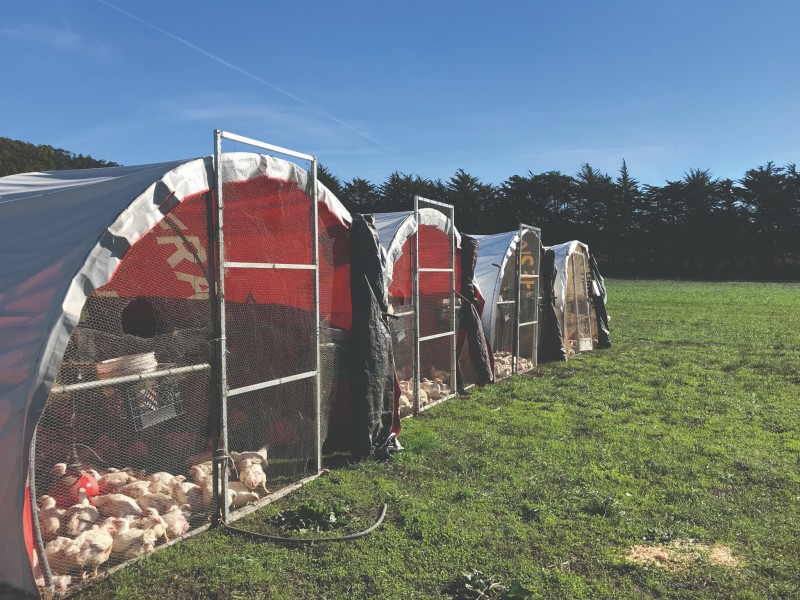 Boyle points out that an overlooked aspect of sustainability is economic, and to maintain the supply of sustainably grown, local fare, the farmers and fisherman need to be able to sustain themselves and their families.

“How can we support the local fisherman who are doing the right thing so that they can have a life and fish?” says Boyle. “That’s a real challenge. I think if more people understand what that means, more people would support local fisherman, and buy local fish that are in season.”

One comment on “Local Eats | A Toast to the Coast”