More than a year after the legalization of recreational cannabis, counties like Santa Cruz are still struggling to bring growers from the black market into the new regulated industry. 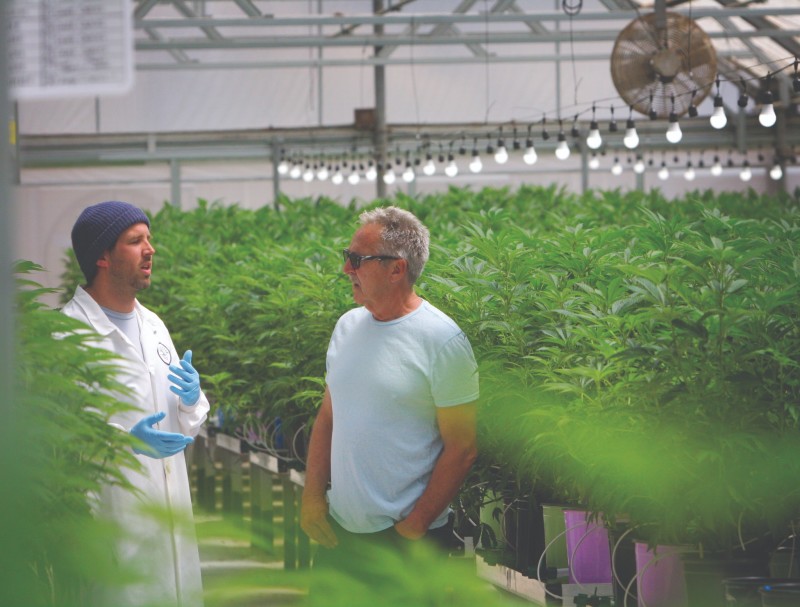 When the state of California opened the doors to recreational cannabis under Prop. 64, in 2018, many people who represented the formerly clandestine market had fears about what regulation would bring. But along with those concerns came excitement and an invigorated energy to carve paths into the bright light of a legal economy.

And while the industry has exploded with every kind of weed startup imaginable—like a thousand and one smartphone apps, various paraphernalia products, countless specialty brands, and even cannabis-centric law firms—one of those original misgivings is proving to be a serious roadblock for the market’s development into the regulated, safe, taxable industry many hope for.

“The cannabis industry has changed immensely since the passing of Prop. 64,” says Brendan Ruh, a Santa Cruz local who works in brand acquisition for Yerba Buena Distribution. “Sadly, Prop. 64 has driven out most of those [small-business mom and pop] folks.”

Under the previous state law, Prop. 215 (aka the Compassionate Use Act, which legalized medical marijuana), there were far fewer financial barriers to running a small company and selling products to medical dispensaries, Ruh explains.

“The benefit of Prop. 64, in my eyes is that cannabis has gotten cleaner due to the lab testing requirements,” he says. “To sell a [legal] product … you must submit it for a rigorous lab tests for pesticides, potency, mold, and much more. [But] overall, I feel that Prop. 64 has hurt more people than it’s helped.”

“The regulations are overwhelming and it pushes out anyone who doesn’t have the capital to start a brand,” he continues. “Overall, I think recreational cannabis is a good idea, and there are parts of Prop. 64 I like, but I think that it’s been super poorly thought out and executed so far.”

“That’s a big problem,” says attorney Ben Rice, of the local cannabis-specialty law firm Rice, Luxon and Bolster-Grant. “It’s making it hard for people [in the legal cannabis industry] to succeed financially. The problem for a lot of the cultivators is, they were told by the county, ‘OK, you want to get out of the black market, sign up with us [for $500 per application].’ About 600 people did, [but only] about 100 will make it though because the regulations are so restrictive.”

As an example of these restrictions, Rice points to the county’s land-size requirements: no less than five acres for outdoor commercial cultivation. 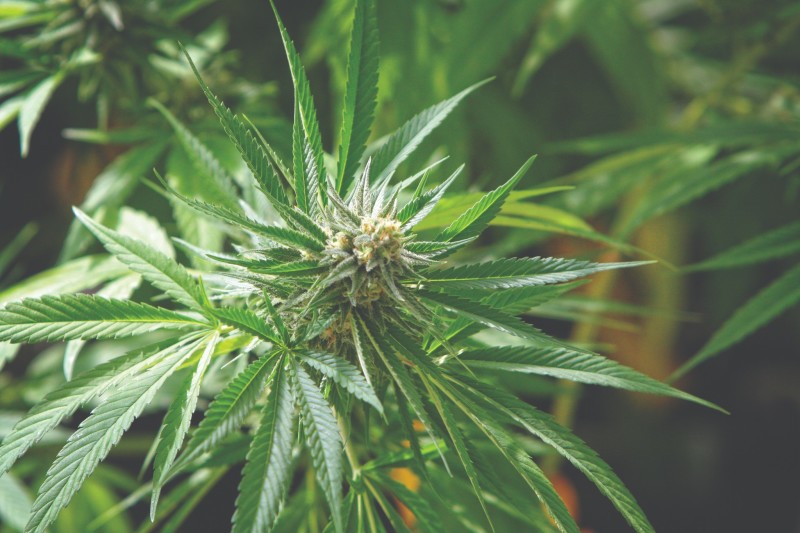 “It doesn’t matter how perfect the site is, or if they’ve done nothing to harm their neighbors or the environment; they can’t be involved in commercial cultivation because of the county ordinance,” Rice says. “Many of those applicants are being excluded and asking themselves, ‘What do I do? Do I stay in the black market? Or sell my place?’”

Another example of a country restriction is fire lane access, Rice says. If a road leading to a potential commercial cultivation site is less than 20 feet wide, CalFire will likely deem it unsuitable.

“We all agree it is enormously important to protect our neighbors and lands,” he reasons. “But they’re ignoring the fact that other counties have said, ‘You don’t need 20-foot wide roads if you’re growing without electricity,’ in which case there’s virtually no risk of a fire.”

Rice says that the tight regulations and high taxes have driven many cannabis industry stakeholders to other, less-restrictive jurisdictions, such as Monterey County. One family from Santa Cruz County operates their business just south of Salinas, under Monterey County’s cannabis regulations: Wave Rider Nursery, owned by father-and-son business partners Mr. Carson and Winston Carson. Due to their bank’s federal ties, Carson Sr. requested to be identified only by his last name.

“Because we’re cannabis, it’s punitive in a lot of ways,” says Mr. Carson. “We employ 25 people year round, and sometimes I feel like the county and the state think it’s a privilege for us to do that. People have a misconception that because you’re in the cannabis business, you must make a lot of money. That’s not true.”

Cannabis licensing manager for the County of Santa Cruz Sam LoForti agrees that state and local regulations represent a problem for smaller businesses. “The high regulatory requirements have made cannabis ‘no fun’ for various cultivators,” LoForti writes in an email correspondence with Santa Cruz Waves. “Many people believe the regulations have made cannabis less about the small farmer and more about the large scale and (broadly) monetized companies. I think the state regulations are definitely geared toward larger or very profitable companies that can employ full-time compliance staff. Cannabis remains a federally listed Schedule 1 drug and, as such, regulations must be very stringent to avoid divergence and ensure compliance. This level of oversight has led to small farmers walking away from commercial cannabis.”

According to data from the Treasurer-Tax Collector of Santa Cruz County, during fiscal year 2017-18, the county’s Cannabis Business Tax (CBT) on dispensaries generated $2,258,596. That was 40 percent less than anticipated. For the first half of the current fiscal year 2018-19, the CBT has generated $1,323,766, which represents a projected revenue growth over last year. “I think it’s safe to say we have seen an increase in taxes for the Cannabis Business Tax,” writes LoForti. “The first six months [of this fiscal year] accounts for 58.6 percent of all taxes from the previous year.”

One longtime cannabis entrepreneur who has skirted regulation and taxation and whom we will call BK—a name used to protect his identity—sees government attempts at heavy taxation as a zero-sum game.

BK says many in the black market can’t afford to join the legal market, which keeps them underground, and that the stakeholders who do have the capital to make the transition most likely acquired it from black-market sales—which could make them targets of the IRS. 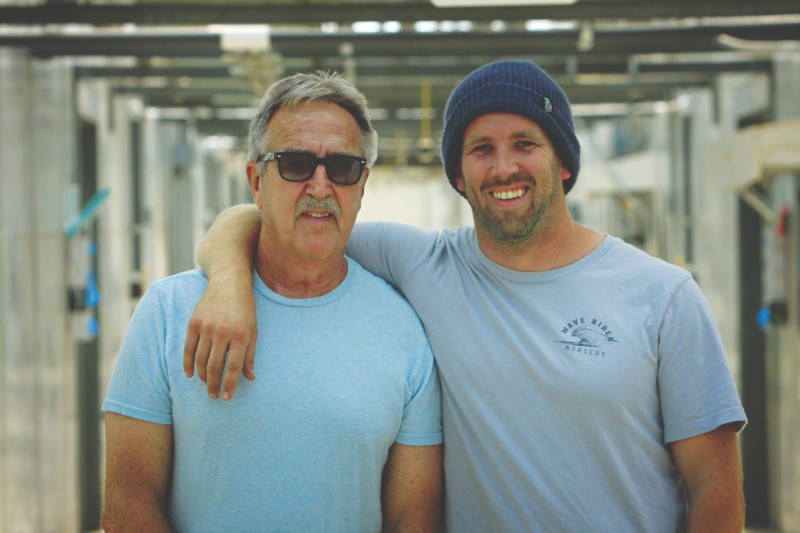 “You’re damned if you do, damned if you don’t,” BK says. “There are counties that are encouraging people to go big, like Monterey or San Bernardino, and then distribution starts developing, and then money starts running through the banks, and then the IRS is coming knocking, saying, one: ‘We’re going to audit you.’ Two: ‘Looks like tax evasion.’ And three: ‘Where did you get the money to start it?’”

Unfortunately, says BK, there is no good transition between medical and recreational, and they’re penalizing people who don’t have the bandwidth or money to get their permitting in order.

Because compliance standards have prevented many from joining the legal market, and kept many working in the black market, BK has seen illicit cannabis sales skyrocket.

“Black-market cannabis has doubled in price,” BK says. “One unit [pound] that I could sell for $600 in November last year, I can sell for $1,200 today. And closer to $1,800 for that same amount on the East Coast. This is the best time to be in the cannabis black market, ever.”

The Carsons, at Waverider Nursery, are aware of that high price point on the black market. They hope that, with public education, the consumer market will begin to choose legal product from dispensaries, where they know their goods have been tested. “I would like to see the illegal operations that are currently thriving be slowed down, because that hurts our business,” Winston says.

“One good thing we have going for us [is that] all our spray techniques and our ag techniques are really well-regulated,” Mr. Carson says. “The products being sold on the back market—consumers don’t know what chemicals are being used. There are a lot of products out there that are potentially carcinogenic.”

While there are cases of cannabis product being cultivated or manufactured with questionable additives, BK believes that, on the whole, black-market cannabis from places like Humboldt is high quality and safe. However, with new entrepreneurs in the mix, and new-school capitalists who are willing to cut corners for profits, that testing could become increasingly important for public health.

It is an exceedingly difficult space for compliant companies to be stuck in, says Ruh.

“What you end up getting is [legal] cultivators making less money for growing, distributors making less money for getting the product to a shop, shops having to tax the sale of the product, which results in pissed off customers paying $75 for a top-shelf eighth of cannabis,” he says. “It is so easy to get that same quality cannabis for $40 on the black market. And it seems as if the state has allocated more funds going after licensed growers and retailers who are trying to do things right than going after blatantly illegal operators.”

State and local lawmakers are working to develop more sustainable tax structures that support cannabis businesses. In January, Assemblyman Rob Bonta (D-Oakland) introduced a bill that would temporarily reduce the state’s cannabis excise tax from 15 percent to 11 percent and completely suspend the cultivation tax ($9.25 per ounce of dried cannabis) for the next three years.

This year, the City of Santa Cruz passed a motion to support lowering the state taxes and state fees on the cannabis industry. City staff is moving forward on a county-wide Cannabis Business Tax study to inform new policy, which will be brought to the city council by this September, according to city agenda reports.

The city also affirmed a 12.5 percent allocation of the collected Cannabis Business Tax for the Children’s Fund, which supports programs for childhood development, drug prevention and vulnerable youth.

Back at Waverider Nursery, Winston is hopeful that the industry will evolve in positive ways, and says that operating along the Monterey Bay area is prime business territory—right in the cradle of the county’s agricultural land, and between the state’s two largest cannabis markets, Los Angeles and San Francisco. “You know, we wanted to stay in the industry and do this legally,” Winston explains. “Even though we don’t make the money we could [in the black market], this is the path we chose and I think it’s the right one.”

Rice is focused on how the new laws affect families who have worked in cannabis for generations. He wants to see viable pathways to above-ground business developed for them, and to help them become compliant so they can pay the taxes, get the products tested for consumers, and “get everyone taken care of.”

“Now that we’ve been in this a year, nobody should have really expected anything different,” Rice says. “It’s going to be a bumpy road, like it was at the end of alcohol prohibition, and it’ll take time for it to work its way out.”