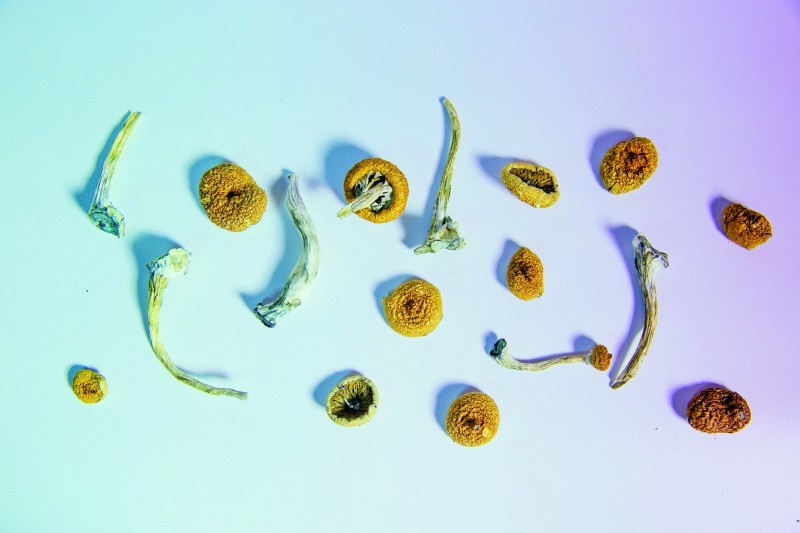 Tim Ferriss is not the type you will find tripping to a light show at a renegade party in the redwoods or hula-hooping in Lighthouse Field. The scrupulous author cuts down intellectual laziness at the knees and often professes that he is allergic to the holier-than-thou Burner type. So it may come as a surprise that he recently donated $1 million to psychedelic research. His reasoning had little to do with a pseudo-spiritual reverence for tripping, and everything to do with healthcare—namely, mental health.

“Our mental health system is badly broken,” Michael Pollan told Ferriss on his wildly popular podcast, The Tim Ferriss Show. Pollan, named by Time Magazine as one of the 100 most influential people in the world, had recently released his latest No. 1 New York Times bestseller How To Change Your Mind: What the New Science of Psychedelics Teaches Us about Consciousness, Dying, Addiction, Depression, and Transcendence. “If you compare mental health to any other branch of medicine, mental health fails abysmally. It’s remarkable what a pathetic track record it has. The fact is rates of depression, suicide, and addiction are skyrocketing. So there’s a real crisis.” 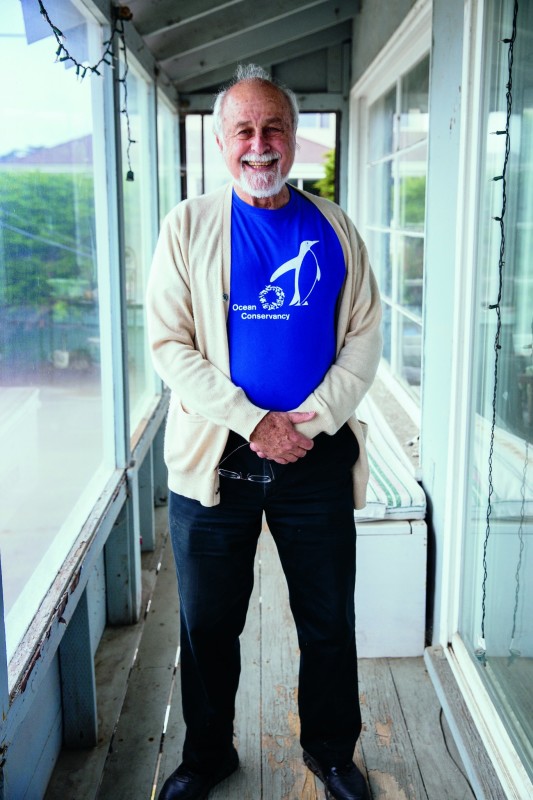 Recent research suggests that psychedelics have promising potential for addressing this crisis. A Johns Hopkins study published in the Journal of Psychopharmacology, for instance, showed that psilocybin, the psychedelic compound in magic mushrooms, helped a group of heavy smokers quit with an 80-percent success rate and remain smoke-free for more than six months. After one year, the number fell to 67 percent, which is still uniquely high in the treatment of tobacco addiction. The most successful current treatment—the drug Varenicline, which reduces nicotine cravings—only has a 35 percent success rate.

Another clinical trial conducted on participants who suffered from anxiety and depression showed that psilocybin mushrooms caused a statistically significant reduction in symptoms for roughly 80 percent of the patients—far more successful than the treatment effect that got antidepressants approved.

As psychedelics become better studied, and findings like the two above examples raise their credibility, their therapeutic and medicinal use is becoming more normalized. (One of the organizations at the forefront of this, Multidisciplinary Association for Psychedelic Studies, or MAPS, happens to be headquartered here in Santa Cruz.)

Using psychedelics is like learning to surf: if you’re excited to learn and you hire an instructor to push you into some friendly waves, the risks are relatively low. If you venture into high-seas alone and almost drown, however, that’s on you. Unfortunately, most people don’t give the ocean or psychedelics the respect that they deserve. To counter this, therapeutic psychedelic sessions are overseen by a trained guide.

“I consider myself a real right-wing psychedelic researcher,” Jim Fadiman, Ph.D. chuckles as I interview him for my podcast, The Kyle Thiermann Show. The 79-year-old author of The Psychedelic Explorer’s Guide: Safe, Therapeutic, and Sacred Journeys is considered one of America’s wisest and most respected authorities on psychedelic studies.

Although psychedelics are non-addictive and have almost no biological effect, having a “bad trip” can be a terrifying experience, and Fadiman underscores the importance of safety. “I recommend that people treat a psychedelic experience like they’re psyching up for an athletic event,” says Fadiman “There’s no one single way to do that, but it means that you take the event seriously.”

He encourages people to think about mindset, setting, guidance, and integration. Mindset: What is your mentality? Setting: Are you in a comfortable space where you’re not likely to be disturbed for the next few hours? Guidance: Is someone you trust with you? Integration: Are you giving yourself plenty of time after the experience to journal about what you learned and integrate it into your life?

Dose also plays a significant factor. Over the past few years, Fadiman has focused on a sub-category of research called micro-dosing—taking one-tenth to one-twentieth of a full dose.

“Aspirin is available at a dose of 325mg, which is good for headaches and being sore,” Fadiman explains to me. “It turns out that if you take 80mg it doesn’t affect headaches, but it might just keep you from dying of a heart attack. It makes your blood thinner and less likely to clot, and it’s a whole different universe … so the exciting, high-dose, far-out research is going on beautifully with post-traumatic stress disorders and alcoholism and so forth, and then quietly, like Frodo in Lord of The Rings, some people are micro-dosing, and they are not doing anything interesting that you would notice. They’re still delivering groceries and writing computer code and gardening and raising children and being air-force mechanics, but they’re doing it a little better, a little more gently, and a number of them are getting over depression, and migraines … It’s as if psychedelics now has this dull cousin who shows up at parties and doesn’t say much and goes home, but you notice that they always leave the house cleaner.” 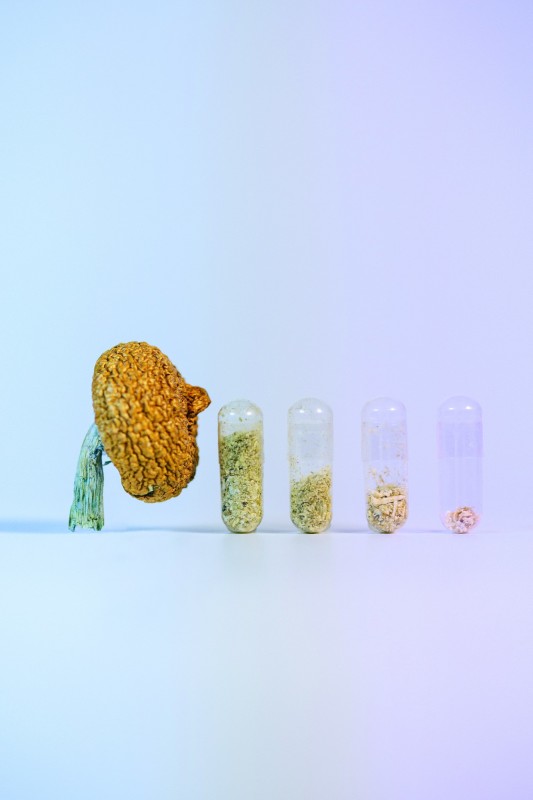 Micro-dosing has become a buzzy trend in recent years, particularly in Silicon Valley and creative circles. Its growing popularity, however, is limited by LSD’s legal status—which is the same problem curbing access and scientific progress for all psychedelics. Right now in the United States, psilocybin mushrooms and LSD are classified as Schedule 1 drugs, which, by definition, means that they have no currently accepted medical use and a high potential for abuse—both of which research suggests are untrue. Meanwhile, in countries like The Netherlands, Portugal, and Brazil, psychedelics are legal.

As a whole, society looks at risk irrationally. We are terrified of being attacked by a shark but have no problem texting while driving to the beach. Similarly, many people are still terrified of psychedelics but take antidepressants without giving it a second thought. “Let’s just say you have psilocybin mushrooms available at Walgreen’s a few years from now,” Tim Ferriss commented on his show. “You pick up your little white bag with the pharmacist’s directions and warnings on the side, and compared to just about anything else to date, the risk profile is lower.”

If the FDA looks at phase 3 trials of psychedelics and approves them for medical use, the DEA will also need to reschedule the drugs. With the current war on marijuana led by Attorney General Jeff Sessions, psychedelic legalization could be stifled despite the science. That said, the medical application of psychedelics is one of the few bipartisan issues today where a combat soldier with PTSD, a corporate executive with acute anxiety, and a mother with depression can stand arm in arm on Capitol Hill and demand that laws change.

As I write these words it is difficult for me not to become overwhelmed with exuberance about the current renaissance. This, however, is precisely what Michael Pollan cautions against. In the 1960s, a charismatic psychology professor named Timothy Leary proposed that psychedelics be used to treat not just individuals, but society as a whole. Whether or not he was joking, he suggested that LSD should be put in the water supply. Leary never made good on the proposal, but it did earn him the title of “the most dangerous man in America” by Richard Nixon and resulted in the federal government banning psychedelics in a mad panic. Many blame Leary for nearly 50 years of halted research.

Today, the science, the funding, and the media are converging in a special way. The question is, will we muster the maturity to no longer talk about psychedelics as terrified children or as lax hippies, but as citizens who care about the future mental health in America? As Pollan closed his interview with Tim Ferriss, he warned, “carelessness is the great threat.”