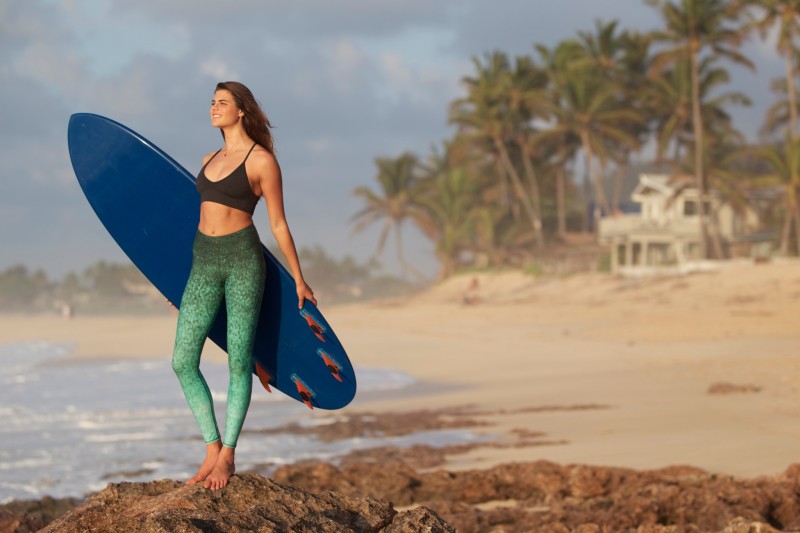 When Robyn Tosick, Angeline Kung and a group of friends arrived in Zihuatanejo, Mexico for a surf trip in 2014, they were met with dreamy conditions: 90-degree weather, 70-degree water, and firing waves. They surfed for eight hours on the first day, and were sunburnt and exhausted upon finally dragging themselves out of the water. The surf was too good to miss, but how was their skin going to survive six more days of non-stop surfing in the intense heat and sun? The remedy was an unsuspecting item in their suitcases.

“We all just threw on our yoga pants, and it saved us,” says Kung. “It allowed us to surf for multiple hours a day, double sessions, for the six days. The fabric wasn’t right for duck diving or for drying quickly, but it served the purpose.” They said goodbye to burned bums—and also to the types of bothersome wardrobe malfunctions all bikini-wearing surfers are familiar with.

By the last day of their stay, they noticed a woman down the beach wearing her yoga pants in the water, too—and an idea was born. Back home in the Ocean Beach neighborhood of San Francisco, the pair began researching the market for surf leggings. Sure enough, the major surf brands had forecasted the trend, as well, and were introducing leggings into their lineups. “But we felt like there was a way to do it in a much more beautiful, custom and high-performance way,” says Kung. “That was the genesis—it was born out of a need.” 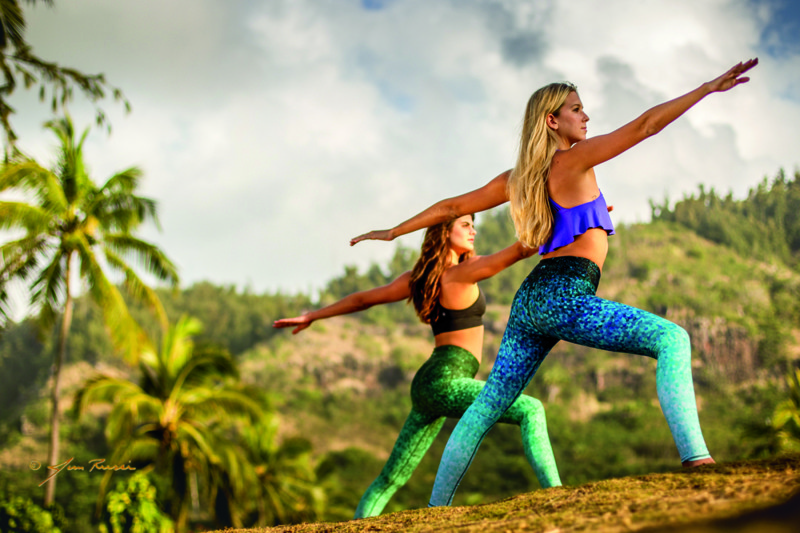 Armed with backgrounds in corporate sales and marketing (Tosick) and corporate finance (Kung), the women set about developing the idea, testing fabrics, and creating prototypes for their brand, which they christened Okiino, or “the land that fronts the open sea” in Japanese. A year after sporting yoga pants in Mexican waters, Okiino debuted with a crowd-funding campaign that nearly doubled its goal and attracted donors from 14 different countries. The company fulfilled its first order in November of 2015.

Women across the world now rock the sophisticated leggings, including Okiino ambassadors like big-wave pioneer Bianca Valenti and surf reporter Shannon Quirk. While the sleek, sporty leggings are great for surfing in warmer climates, you won’t see Tosick, Kung and their customers donning Okiino in the lineup at Ocean Beach—the water is never warm enough to go sans wetsuit. This inspired a product that’s broadly multipurpose, just as suitable for surfing as for running, traveling, yoga, or—paired with a cute top and shoes—a meeting or event.

Tosick and Kung thought of everything in their design, and it’s this meticulous functionality that makes Okiino stand out from other leggings on the market. The premium Italian fabric is moisture-wicking, fade-resistant, temperature equalizing, and ultra-quick drying (wet to dry in seven minutes), which makes it easy and comfortable to hop out of the water and onto a bike, or go straight from a sweaty hot-yoga class to a coffee date. True to the original intention of protecting women’s skin while surfing, the leggings have the highest Ultraviolet Protection Factor rating, UPF 50. They are also super high compression—perfect for air travel and expecting mothers—and the tight, second-skin fit retains its shape and won’t stretch out after a few wears like leggings are wont to do. “They have a little more give once they acclimate to your body, but they still have that second skin body-shaping fit, which is great for freedom of movement,” says Tosick. 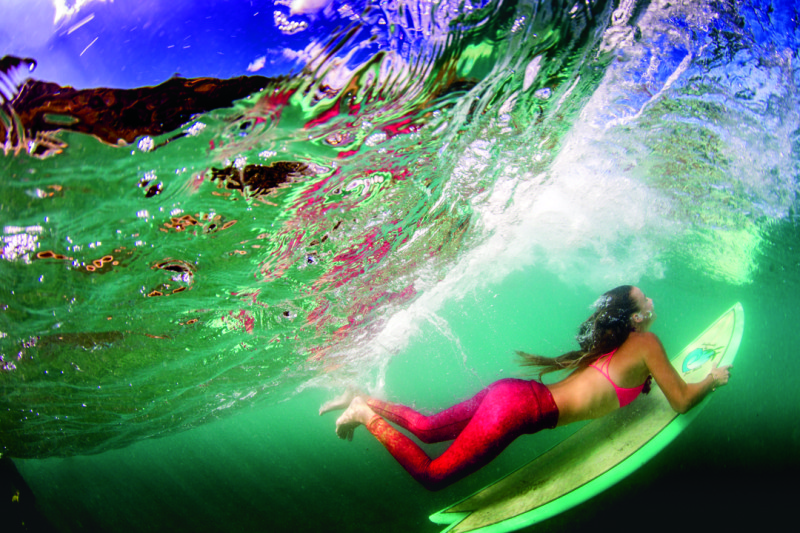 But leggings are ubiquitous beyond sports: in the age of athlesuire wear, women of all ages and lifestyles wear leggings. With this in mind, Kung and Tosick wanted to offer products that were as stylish as they were useful. “A lot of times style is sacrificed when you have something that’s highly technical or high performance,” says Tosick. “We wanted something had both.”

The colorful prints feature custom, hand-painted artwork that has been digitally sublimated onto the fabric. “It’s essentially wearable art,” says Kung. Artist Amanda Herrin created the mermaid-esque Scales print, while artist Jenny Johansson contributed the Lionfish and Waves designs. Okiino lets customers decide which prints will be produced next through the “Design Lab” on okiino.com. (An adorable side note: Okiino repurposes excess fabric from the adult leggings for matching toddler-sized pairs.)

In making a product they believe in, Kung and Tosick also wanted to promote a message of inspiration and connectivity. They’re realizing this vision as a women-owned business focused on empowering other women, with sustainability initiatives (the solid-color leggings are made from 100-percent recycled fibers, and all of their products are made in California), and by giving a portion of revenues to the nonprofits 5 Gyres, Surf for Life, and the Skin Cancer Foundation.

“When Angeline and I started this, obviously we were excited to see the opportunity in the market to make a cool product, but we were really thinking, ‘How can we do something bigger and build a brand with purpose?’” Tosick says. “That’s what we’re working toward every day.” 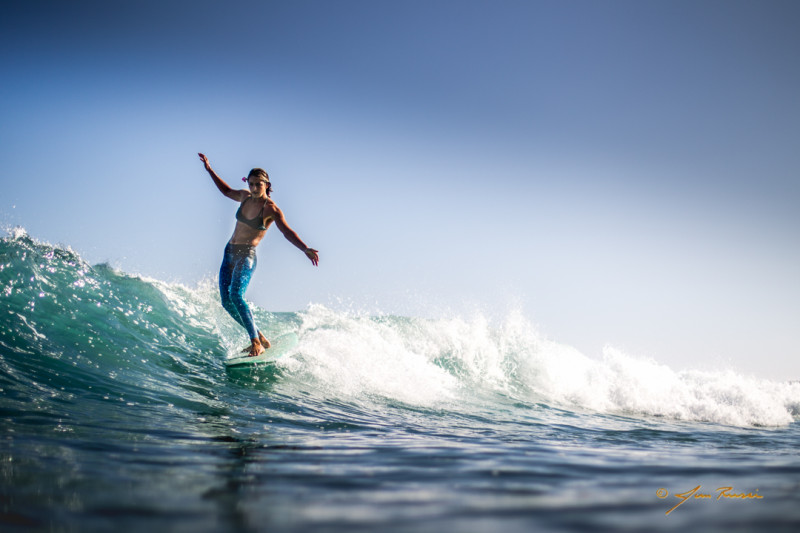