Article and Photos by: Giancarlo Thomae 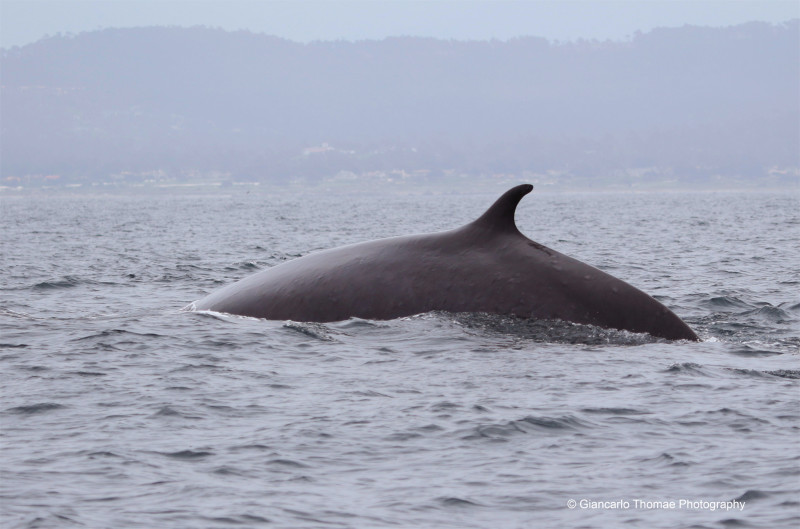 A critically endangered Fin prepares to dive in the Monterey Bay.

Fin Whales are the second largest animal to have ever lived. Often exceeding 75 feet and cruising at over 20 miles per hour have earned these animals the name “Greyhounds of the Sea.” These whales are HERE in our waters feeding on krill, a small shrimplike animal the size of your fingernail. I have been seeing krill swarms two miles wide and 100 feet thick on SONAR. These magnificent animals were hunted to the brink of extinction for their blubber. Many of their conservation issues include entanglements and ship strikes.