Inside the mind of local printmaker Louise Leong 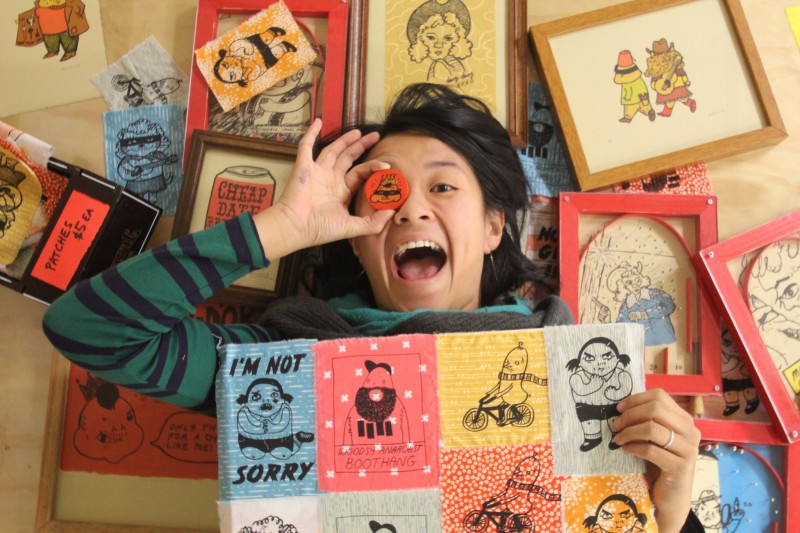 Don’t be fooled by the calm visage and unassuming manner of local artist Louise Leong. The self-proclaimed introvert has an imagination populated with droves of cartoonish characters living out their lives behind her eyes.

“A lot of the art I do is really just me absorbing the world and reacting to it. In general, I’m pretty mild-mannered and not particularly outspoken. I have to think about things, and didn’t really act out as a child,” says Leong. “So the characters are all weird reflections of my secret self.” 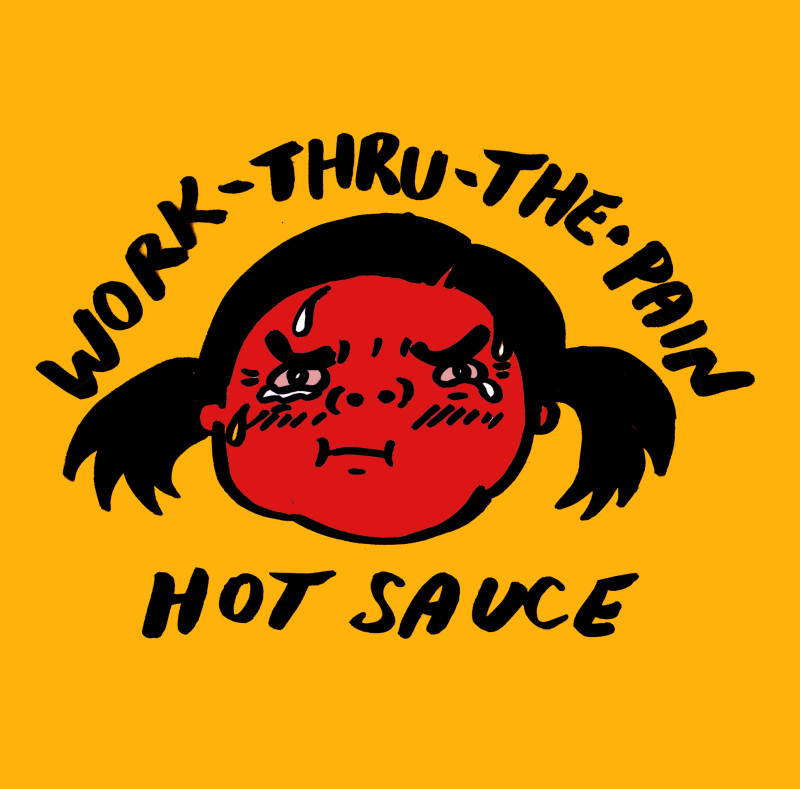 Looking at her work, which has a style reminiscent of old-timey cartoons like Popeye or Rocky and Bullwinkle, you can see these reflections. One of her iconic characters, “The Brat,” as she is unofficially called, looks like a teenaged Leong, but has a touch more sass, and is depicted with captions like “Not Sorry” and “Eat Shit.”

Other characters, like “The Boxer” and his love interest, a giant, nameless billboard model, may not look like Leong, but they represent parts of her own guarded character.

“She’s basically a total badass,” says Leong. “And the boxer is an underdog, and kind of my hero.”

Other cartoons are inspired by the strange slips in what is usually seamless everyday life, like her print of a woman with the caption, “Mama, don’t call me here.” 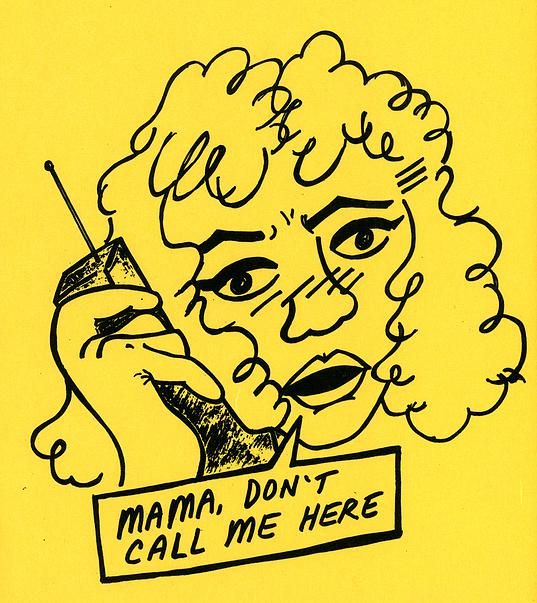 “My coworker inspired me to make this print when we were counting out the registers for the night, and his mom kept calling him,” says Leong, who sells art supplies at Lenz Arts. “Everyone goes about their day trying to act normal, but I really like the little deviations when people slip up, like when your parents curse, or you see your teachers outside of school—that kind of alternate reality.”

Leong started on her artistic path as child, tracing and coloring Garfield comics, and dreaming up characters of her own based on food mascots and old cartoons like Felix the Cat. As a student at UC Santa Cruz, she began her career as a printmaker, and after creating a full-scale skee ball lane featuring the iconic boxer, began fixing images of her characters not only on paper, but also on smaller, low-tech toys and games, which she creates entirely by hand.

“I was looking at the graphics on those tiny, cheap concentration games and pinball games, and realized it was just a commercial print inside of it, and I could make them myself,” says Leong. “I’m constantly seeing these sort of games and toys and trying to figuring out how I can make them, and put one of my prints inside of them.” 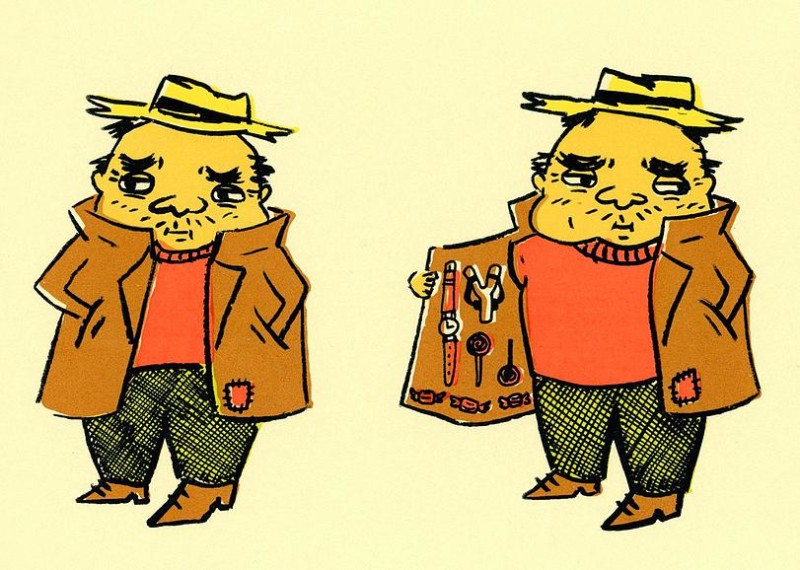 Over the past few years, Leong has balanced her job at Lenz Arts with her personal work at her Tannery Arts Center-based printmaking studio, which she shares with a crew of eccentric peers. Through her interactions with other artists, and after receiving a free sample of paint markers, her art has moved in a more abstract direction. 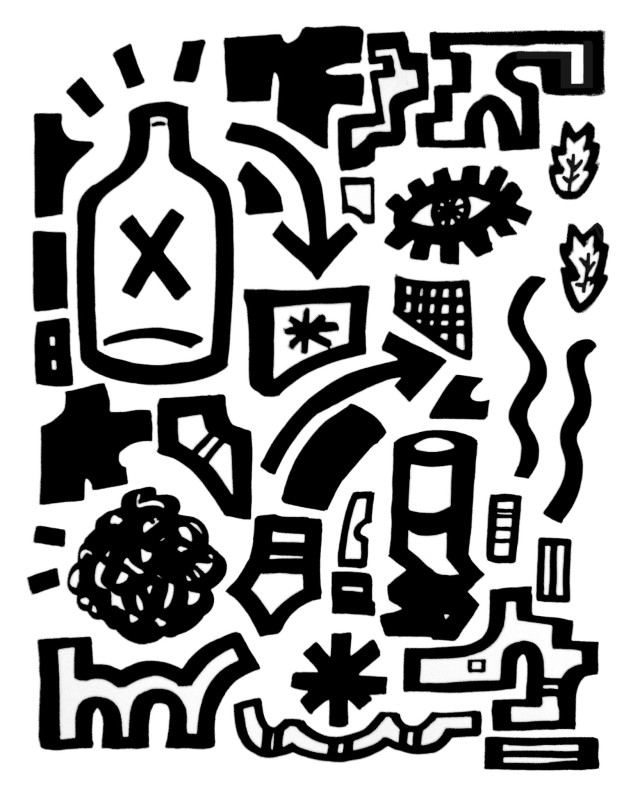 Her newest prints consist of a variety of symbols, some pulled directly from her past pieces—booze bottles, trash balls, and arrows, among others—which flow together into a meaningful mess that captures the attention and sets the wheels of the imagination in motion.

“It is still me, but in a different way,” says Leong. “There is definitely more of a rhythm and flow and movement to the new drawings. They are still just as playful as my past work, if not more.”

Leong’s style continues to evolve as she matures as a printmaker and experiments with new mediums like painting, but above all, she hopes that her art inspires the playful minds of others, and causes them to dream up worlds filled with characters of their own.

“I have my own made-up stories about the characters, but I want people to make up their own stories too, and I love how it how it reminds people of the funny things in their own lives,” says Leong. “Because what I want the most is for people to laugh and enjoy themselves. A little levity never hurt anyone.”